Thane: Part of building collapses in Bhiwandi, kills one 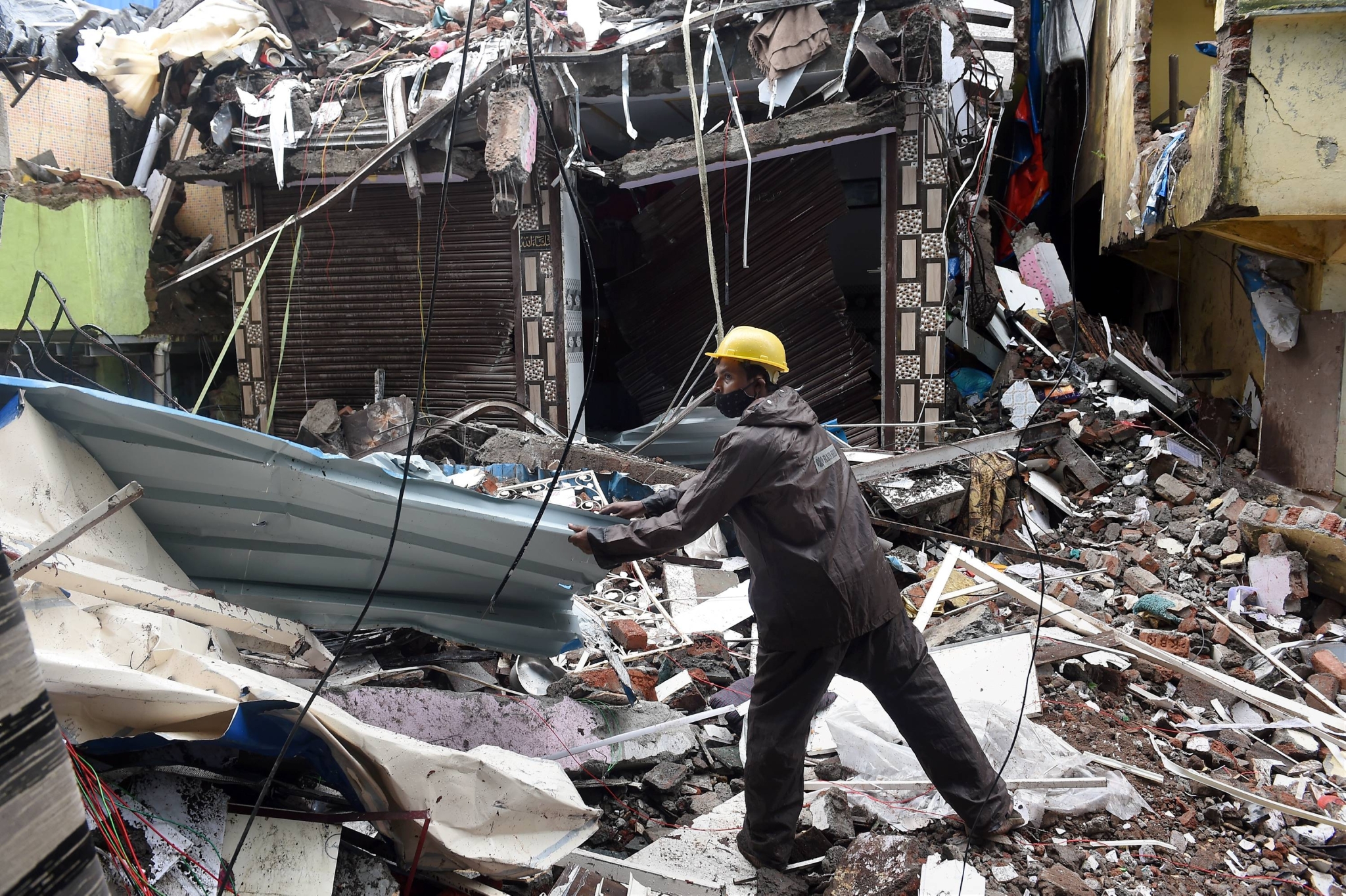 A 72-year-old man from Palghar district was begging in Bhiwandi area, when a partial wall of a two storey building fell on him and he succumbed to his injuries.

According to sources from the fire brigade of Bhiwandi Nizampur City Municipal Corporation (BNCMC) the incident took place on January 4, 2022 at 1:23pm. The ground plus two storey sturcture is located near Kataibaug, near Sagar Kinara hotel, Khonigaon, Bhiwandi. The deceased Shida Dadu Padera 62, a resident of Palghar district was begging in the locality. There are shops below the structure, where he came to beg. And incidentally the parapet an protectove wall below the first floor window fell down. It was around 4 to 5 feet wall that fell on him. The locals manage to shift him to an nearby civic hospital, where he succumbed to his injuries," said an fire official from the BNCMC.

Motilal Koli, a fire official who was on duty and visited the site said, "We reached the spot to find the deceased was already shifted to an hospital by locals. We found the structure had shops below and people residing on the two floors. But when we visited the spot to find the building was vacant. We were ask to leave as the situation was normal. The begger to was dead as he incidentally came at the spot and it fell on him," added Koli.

Sources from the BNCMC said the structure comes under the grampancyat area. However, the authorities are further checking about it legality. "The local sarpanch of the grampancyat had ensure that they will sent a notice to the owner of the structure and accordingly will take action. As the collapsed had took a live of a person," said an official.