A district court has sentenced a 21-year-old man to seven years of rigorous imprisonment for raping a minor girl in Maharashtra's Thane city.

Additional sessions judge and special judge (POCSO) V V Virkar on Thursday found the accused guilty of charges under sections 363 (kidnapping), 376 (rape) and other relevant provisions of the IPC and Protection of Children from Sexual Offences (POCSO) Act.

The court also imposed a fine of Rs 8,000 on the accused.

According to the prosecution, the 16-year-old victim lived in the same locality as the accused in Yashswi Nagar of Balkum.

On May 16, 2018, she went out to answer nature's call and never returned home. The accused had taken her to Chinchani of Dahanu and kept her in a rented hut there.

When the victim resisted his advances and wanted him to marry her, he refused and repeatedly raped her for over a month, until the girl managed to escape and returned home, it was stated.

A police complaint was subsequently lodged, based on which the accused was arrested. 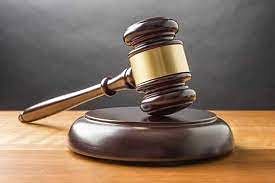