According to the police, Saddam had frequent quarrels with Madar over her alcoholism

Thane: A 30-year-old man has been arrested for allegedly killing his live-in partner. The victim, 24, was into prostitution but had left it after meeting Saddam Sharif Syed from Bhiwandi.

Hailing from Karnataka, Kavita Ramappa Madar alias Muskaan was staying with Saddam for the past two years. The deceased was an orphan and only had a grandmother who stayed at her native in the south. 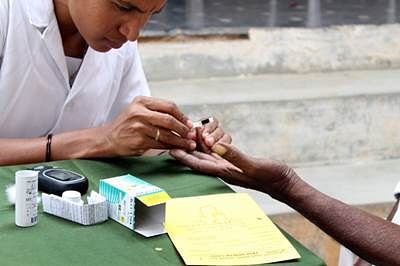 According to the police, Saddam had frequent quarrels with Madar over her alcoholism.

Bhiwandi police station senior inspector Chetan Kakade said, “On September 22, Madar went to Saddam's flat in a drunken state. Consequently, a heated argument ensued between the two. In a fit of rage, Saddam strangulated her and tried to pass off the murder as suicide.”

He even called her grandmother and said that Madar has ended her life and he was bringing her body to the village. The accused repeated the same story in front of his neighbours before leaving with the body in an ambulance.

However, the neighbours grew suspicious and alerted the Bhiwandi police which managed to track down the ambulance in Pune. Subsequently, the Pune police intercepted the ambulance. The autopsy revealed that it was a murder case.