At present, these animals are under the custody of the forest department and will be released after they are deemed fit.
Priyanka Dhomse 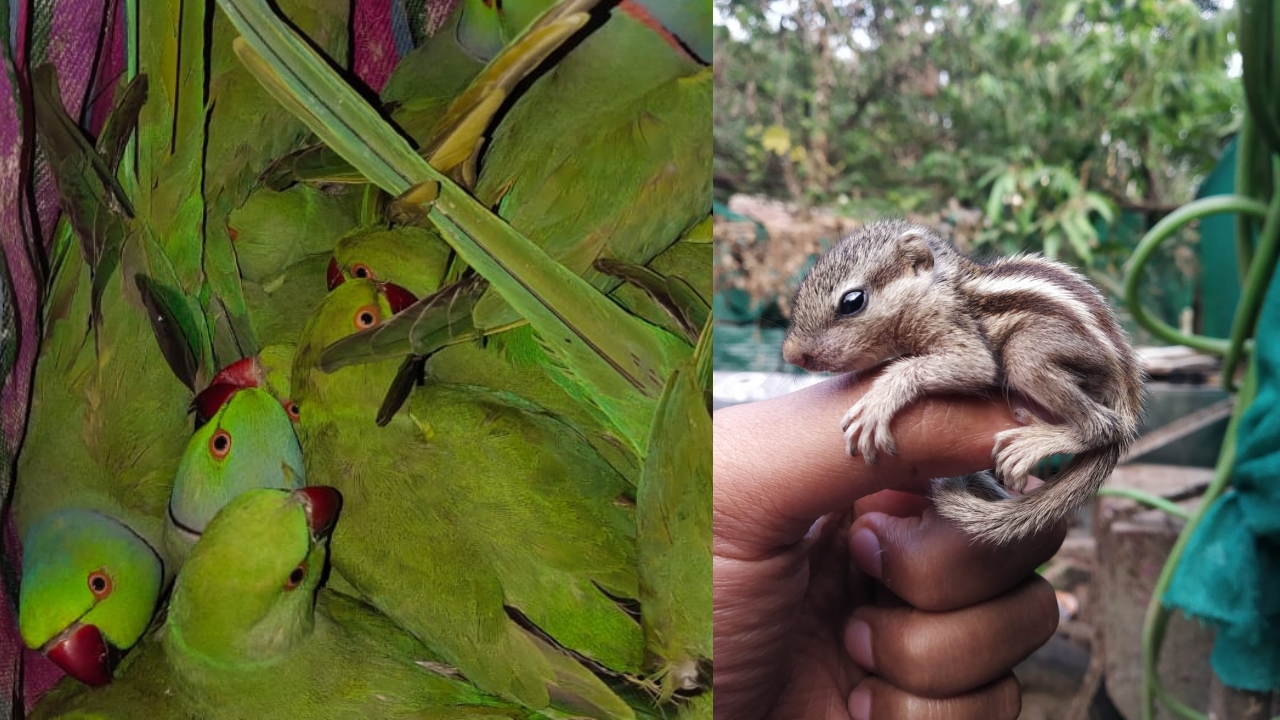 A total of 94 animals, caged inside a truck, were retrieved | Photos by source

Thane: A truck loaded with over 90 animals of different species, caged for illegal trade, was caught at Anandnagar in Thane on Wednesday. The forest officials had arrested an individual for illegally trafficking these animals.

"The raid was conducted at around 6 AM. Following a tip-off, a truck heading towards Mumbai was intercepted for inspection at Anand Nagar Toll Naka in Thane on the Eastern Express Highway," an official said.

Here are a few pictures of the animals which were retrieved from the illegal traffickers:

"Hence, a total of 94 animals of the above-mentioned species were seized from the truck, caged for illegal trafficking," said an official from forest department.

"Shakil Ahmed Ansari is the name of the main accused, who has been taken under custody and a case has been filed regarding the same. He was produced before the court and granted bail," the official said

At present, these animals are under the custody of the forest department and will be released after they are deemed fit.

These animals were supposed to arrive at the Crawford Market in Mumbai for illegal wildlife trade.

The raid was conducted by Thane Range Forest Department with the help of volunteers from the Wildlife Welfare Association in Thane.