According to FPJ sources, an FIR has been registered at Thane Nagar police station on August 23 night.

The complainant Vikas Dabhade, 40, a TMC contractor and a resident of Runwal Garden City, Thane said, “I hold a good reputation in Thane. In April 2021, Sonu, Ketan, and Tanna in an interview to a TV channel, spoke bad things about me and tried to malign my character. I told them not to spread false information about me. The trio then demanded an extortion of Rs 50 lakh from me to ensure that my name doesn't figure in false cases. I lodged a complaint with the Thane Nagar police station against the trio on Tuesday. “

Senior police inspector of Thane Nagar police station JN Ranaware said, “According to Dabhade's complaint, we have registered a case against Sonu, Ketan, and Jay under sections 384 (extortion), 389 (putting a person in fear of accusation in order to commit extortion) and 120-B (whoever is a party to a criminal conspiracy to commit a offence) of the Indian Penal Code (IPC).”

In 2018, Jalan made headlines after he was arrested by then Thane Commissioner Param Bir Singh in a cricket betting case of Rs 45 lakh.

Jalan had earlier filed a complaint along with Ketan Tanna, Munir Khan alleging that they were implicated in a false case by Singh. In his complaint, he mentioned that ex-encounter cop Pradeep Sharma had demanded Rs 15 lakh in 2017, and threatened if failed to pay the money, it would lead him to be trapped in 169 cases.

In 2021, he sought relief from the procedure specific to criminal law in cases of corruption against him by the units working under the Maharashtra police. The application filed by Sonu Jalan stated that he was a victim of bribery and extortion, adding that false charges under Maharashtra Control of Organised Crime Act (MCOCA) were registered against him. 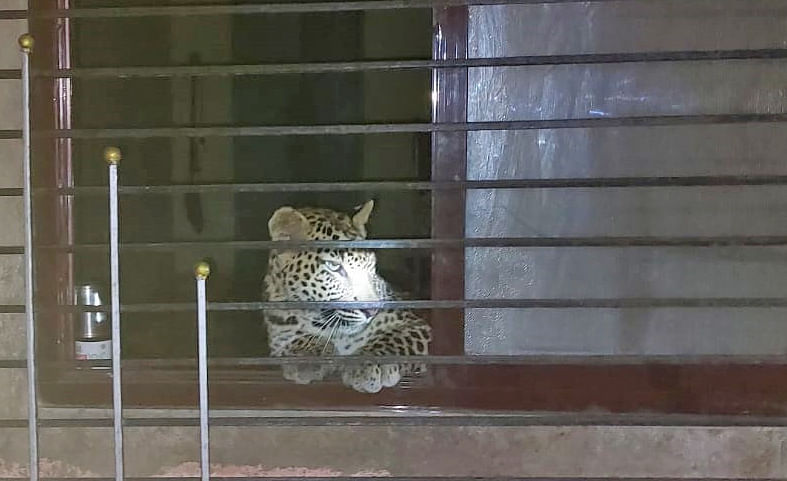 Maharashtra govt to provide Rs 755 crore aid to affected farmers who do not meet criteria of heavy...

Navi Mumbai: Man kills one, injures two for removing him from puja mandap