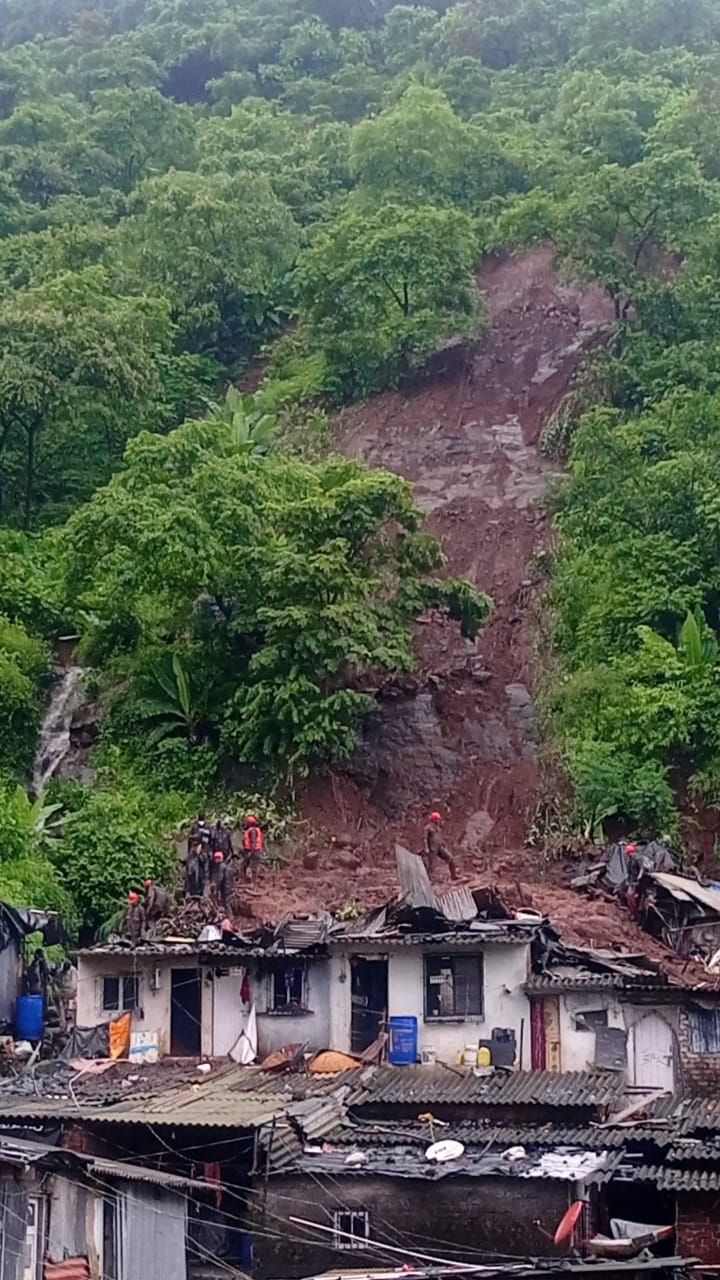 The Thane forest department has decided to act against 32 ‘dangerous’ huts on the slopes of hills near Kalwa. A recent landslide that killed five members of a family forced the department to conduct a survey of hill-slums and initiate action. The locals have, however, demanded relocation before action.

Range forest officer Narendra Muthe said many tenements built on the slope of the hills were found to be dangerously located. “We carried out a survey and found around 1,300 huts on the slopes, all of which are risky,” added Muthe.

A forest department official said a dedicated team carried out the survey for over 15 days in slums across Parik Nagar, Gholai nagar, Indira Nagar, Bhaskar Nagar, Kargil area, among others. Muthe added that acting against all the huts at one time was not possible. He said the first step was to send a notice to 32 ‘most dangerous’ huts. “We also wrote a letter complaining to the Thane Municipal Corporation and Torrent, the electricity supplier. We have requested the authorities to cut off water and electricity supply,” added Muthe, explaining they are waiting to hear from other agencies involved.

On July 19, heavy rains resulted in a landslide in Kalwa. The debris had fallen on two huts in the Gholai Nagar slum, killing five and injuring two others.