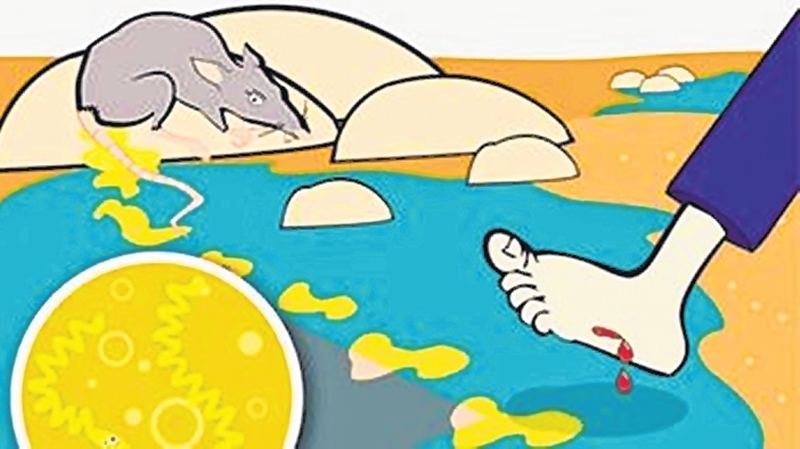 A 16-year-old boy died from leptospirosis at Sion Hospital on September 4, becoming the first victim of the infectious disease in the city this year. According to BMC health department, the city has 54 leptospirosis cases in September compared to 56 and three deaths which were reported during the same period last year. Doctors claim it could be a result of unseasonal rain in the month, which led to flooding in various parts of the city.

Dr Mangala Gomare, executive health official said the boy, a resident of Matunga (F-North ward) developed fever with chills on August 31. When his condition didn’t improve, he was admitted to a hospital on September 2 with haemoptysis, breathlessness and oliguria. He was tested for Covid-19 along with malaria, dengue and leptospirosis. Though he came negative of the first three diseases, he came positive for leptospirosis.

“Despite providing treatment, his condition didn’t improve and he succumbed to the infection. When we checked with the family, they informed us that he was hovering in the recent rains. Thus, he got exposed to the infection,” she said.

However, there has been a steep reduction in other monsoon illnesses following which health experts feel most of the cases have not been reported. “It is good news that cases have come down. But it seems the civic body is hiding the cases or many cases are not being reported due to which monsoon-illnesses have reduced. There is a possibility they are adding those numbers to Covid section so that citizens should think monsoon cases are under control,” claimed health experts.

Dr Harshad Limaye, senior consultant, Internal Medicine, Nanavati Hospital said they have observed a sharp fall in the number of dengue cases this year. Reason being, the mass restriction on outdoor movement of people that inadvertently reduced their exposure to the mosquito. “We urge all residents to visit clinicians if they suffer fever along with nausea, muscle or joint pain and rashes as there are classic symptoms of dengue and not self-medicate,” he said.

BMC has advised people with a history of wading through flood water should consult a doctor for prophylactic treatment of Leptospirosis within 72 hours. “All the private practitioners are hereby requested to start doxycycline to all fever patients during monsoon season as early treatment with doxycycline prevents organ involvement and other complications thereby preventing deaths due to leptospirosis,” reads the advisory.