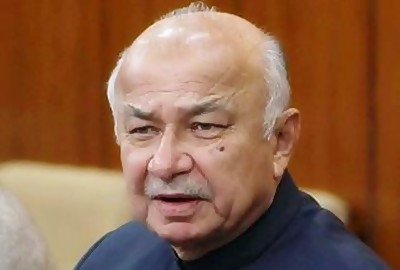 Mumbai: Sushil Kumar Shinde, the former union minister recently mentioned about the merger of Congress and Nationalist Congress party, which has ignited a new political controversy in the state. While NCP has openly expressed its disagreement with Shinde, the ruling Bharatiya Janata Party and Shiv Sena had taken potshots at both the Congress and the NCP.

The talks of a merger between Congress and NCP started even during the Lok Sabha election. But NCP had rejected such talks categorically. Shinde on Tuesday, stated, both Congress and NCP are now a tired lot and therefore they should merge. Pawar took a strong objection and ruled out such possibility. His nephew and former deputy chief minister Ajit Pawar slammed any insinuation of NCP leaders getting tired. "This may be Shinde saheb's personal opinion. There should not be any misunderstanding. Be it NCP or Congress, no party gets tired. Parties will keep working and moving forward," he tweeted. Ajit also made it clear that any decision regarding merger of Congress and NCP will be taken by their president, Sharad Pawar.

Shiv Sena Chief Uddhav Thackeary while speaking at a rally in Sangamner, at Ahmednagar, taunted both Congress and NCP. "They must have got tired of corruption," he said, leaving the crowd in splits. The Chief Minister Devendra Fadnavis also took a potshot. "After the assembly election, most of the leaders will leave the Congress and NCP. If they merge they can at least play the role of the opposition," Fadnavis said.