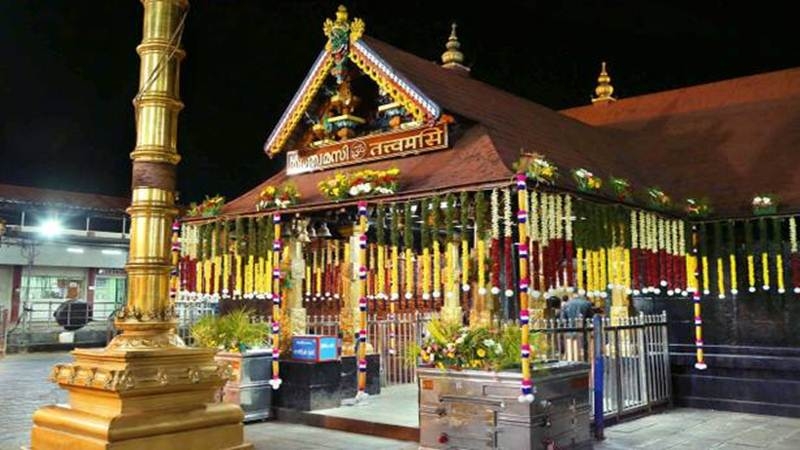 Mumbai: The ball is back in the court of the highest judicial authority. The Supreme Court said that it would hear on November 13 the petitions challenging its Sabarimala verdict, and also noted that there were 19 review petitions filed. Earlier, the SC had held that women of all age groups should be allowed entry into Kerala’s Sabarimala temple.

However, a section of Malayalis agitated against this decision and women were forcibly prevented from entering the temple. But, even to this day, not a single person has a convincing answer as to what really would happen if women are allowed entry. In Mumbai, there has been mixed reactions on this issue.

According to former deputy municipal commissioner of BMC, V Balachandran, in matters of faith, certain customs are beyond debate and logic. He pointed out that the SC judgement states that the dualism that persists in religion by glorifying women on the one hand and by imposing rigorous sanctions on the other hand in matters of devotion has to be abandoned. Congress leader Kumaran Nair says the Kerala government has no other option but to implement the verdict.

According to him, courts should restrict their judgments as far as religious issues are concerned. Former income tax officer Advocate Padma Divakar strongly opposes the entry of women between age 10 to 50 into the sanctum of Sabarimala. Prakash Padikkal feels the old system will operated in the future also as most women would simply abstain from taking up this pilgrimage. According to Advocate Prema Menon, issues with a deep religious connotation should not be tinkered with to maintain a secular atmosphere in the country.

Women are restricted not for their whole lifetime but for a specific “period”. Dr MG Pillai opines that the prescribed dictum of worship is different at different temples of the same god which are beyond the ambit of court. Ambika Venugopal says that some ladies think that breaking all sets of rules, customs and rituals are part of modernism. They do it not out of devotion but only to show they are no way lesser than men.

Dr Suresh Nair is finding it very difficult to accept such a drastic change. While Upendra Menon says that the judgement is innovative and bold, Biju Nair claims that there are temples where entry is prohibited to men as part of tradition, so nobody should treat Sabarimala practice as sexual discrimination. Sports star Bindu Prasad feels that the Parliament needs to take a decision on this matter. Rajan Nair states that reforms in India have happened on the basis of an inside out approach where the society have identified the need for change and transformed itself but in the Sabarimala nothing of this sort has happened.