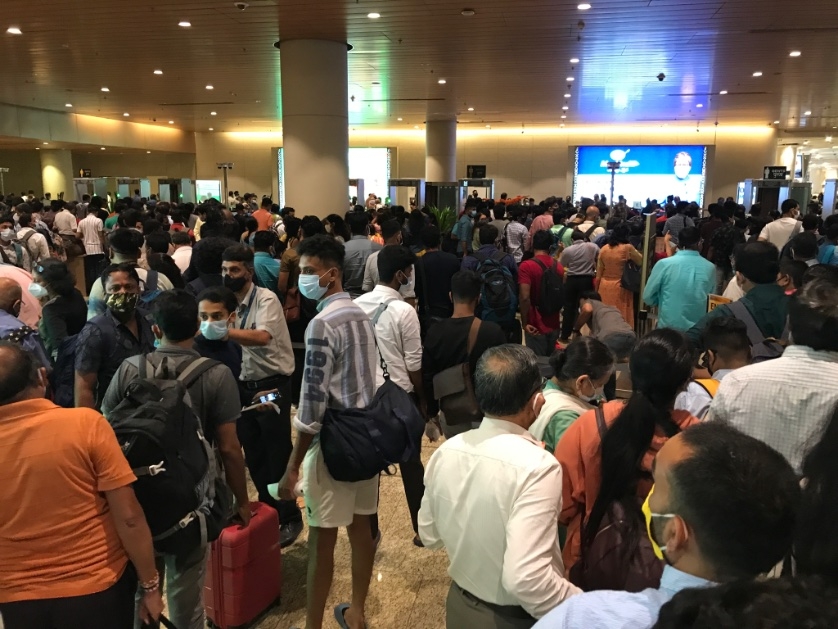 The Mumbai international airport’s Terminal 1, which was hurriedly reopened to deal with the huge festive rush ahead of Navratri, witnessed 94,716 passenger footfall in a week.

The terminal saw movement of 46,187 passengers at the arrivals and 48,529 passengers at departure gates between October 13 to October 20. A total of 730 flights operated during the week, including by Go First, Star Air, Air Asia India and TruJet.

“Moreover, with the steady rise in the number of passengers choosing to travel by air and with the festive season in commencement, the Chhatrapati Shivaji Maharaj International Airport (CSMIA) will be seeing an upward trajectory of IndiGo flights operating out of T1 from October 31,” the airport said in a statement.

Terminal 1 was shut soon after the domestic and international flights were stopped during the nationwide lockdown in March 2020, and all domestic operations were moved to Terminal 2 when domestic airlines were allowed to restart operations with capacity and fare restrictions in August 2020.