Sunday slice: The doctor who nurses the Humboldt penguins

In a new weekly series, Free Press Journal brings to you an interview with Dr Madhumita Kale on how the two penguin chicks are coming along
Dipti Singh 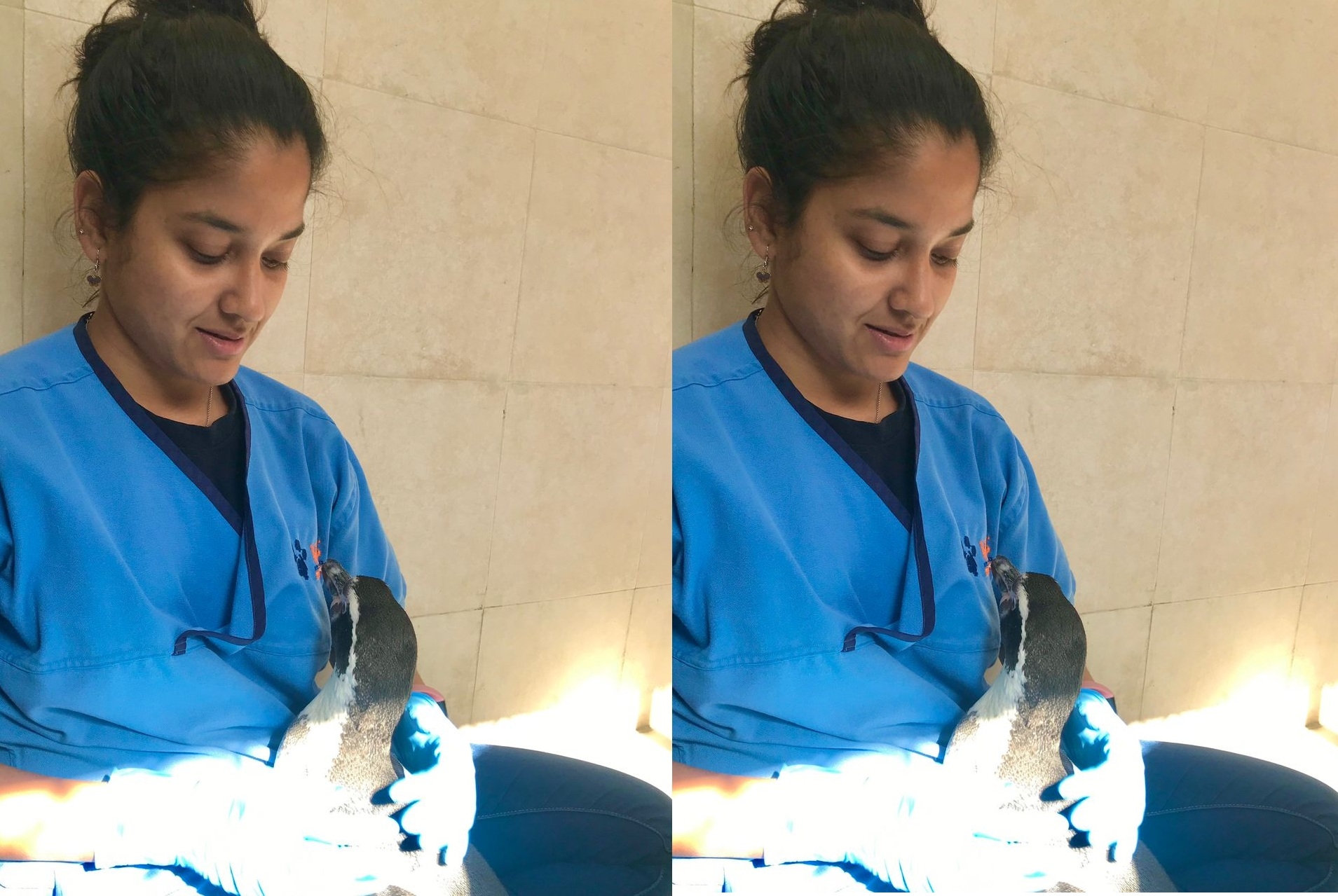 Oreo, the cute addition to the city’s own Humboldt penguin community, is in good hands. Even as his parents Donald and Daisy dote over him, veterinarian Dr Madhumita Kale and team haven’t left a single stone unturned to ensure that it lives and is accepted by his community of seven at Veermata Jijabai Bhosale Udyan, popularly known as Byculla Zoo. Another chick was born into the community to Flipper and Mr Molt. The two chicks were the zoo’s best-kept secret till the authorities were convinced that they would live; the last penguin born had succumbed soon after birth, leaving the city sad and disappointed.

Q. How are the two new chicks doing and how well have they adapted?

Oreo has now acclimatised and has been placed in the main exhibit along with others, while the newborn continues to nest in with its parents. It is good to see Oreo, who is now five months old, being completely independent and starting to mix well with the colony. Initially, it was a challenge to teach him to eat fish given by us as he was used to eating from his parents. The second chick is still in feathers, which it will shed in the next 15-20 days and get a juvenile coat. The second chick is being totally reared by its biological parents and we have been monitoring their activities 24x7.

Q. How are the two sets of new parents responding?

In 2018, Flipper and Mr Molt’s chick couldn’t survive, it took us time to get them to mate again. There was a ray of hope when Donald and Daisy started mating. However after the egg was laid, though Donald was clueless, Daisy incubated the egg all the time. For the first 15 days, we only took Oreo from them for a brief time to feed. Flipper and Mr Molt have been great as parents and have been taking turns in taking care of their chick.

Q. How challenging is the job?

We closely monitor the two chicks. The young ones, at least up to three months, are highly susceptible to diseases. We are, therefore, cautious and take utmost care. We carry out a physical check every morning, check weight, auscultate (examine) and give one (dose of) formula feed.

Q. Did the lockdown help them mate?

The penguin nests are away from visitors and it is very difficult to conclude on that. However, it did happen when there were no visitors. So it might be related.

Q. What are the extra efforts to safeguard them?

We have started sanitising and fumigating the exhibit and accommodation area once a week. Earlier, it was done twice a month. Our team, including Dr Govind Mangnale, Dr Ranjit Shejul and Dr Rushikesh Bhosale, closely monitor the colony. Antifungal medications are administered to chicks regularly as it can be fatal.

Q. How unique is Oreo?

He is very playful and friendly. Though others bite us at times, he doesn’t. It might be because he is growing in captivity, watching us since he was born. Nowadays, Oreo doesn’t go into the nest and mostly hangs out with the adult female Bubble. He might learn a few things from her.

Q. Has the sex of the second chick been determined?

It is 45 days old and we haven’t yet determined its sex yet. It can’t even be named yet.

Q. How do you keep these penguins active?

When they wake up, they play with us through laser lights and disco balls. We have a bubble machine, which they like the most. Afternoon is their feeding time and the happiest. They love playing with laser lights, chasing it. 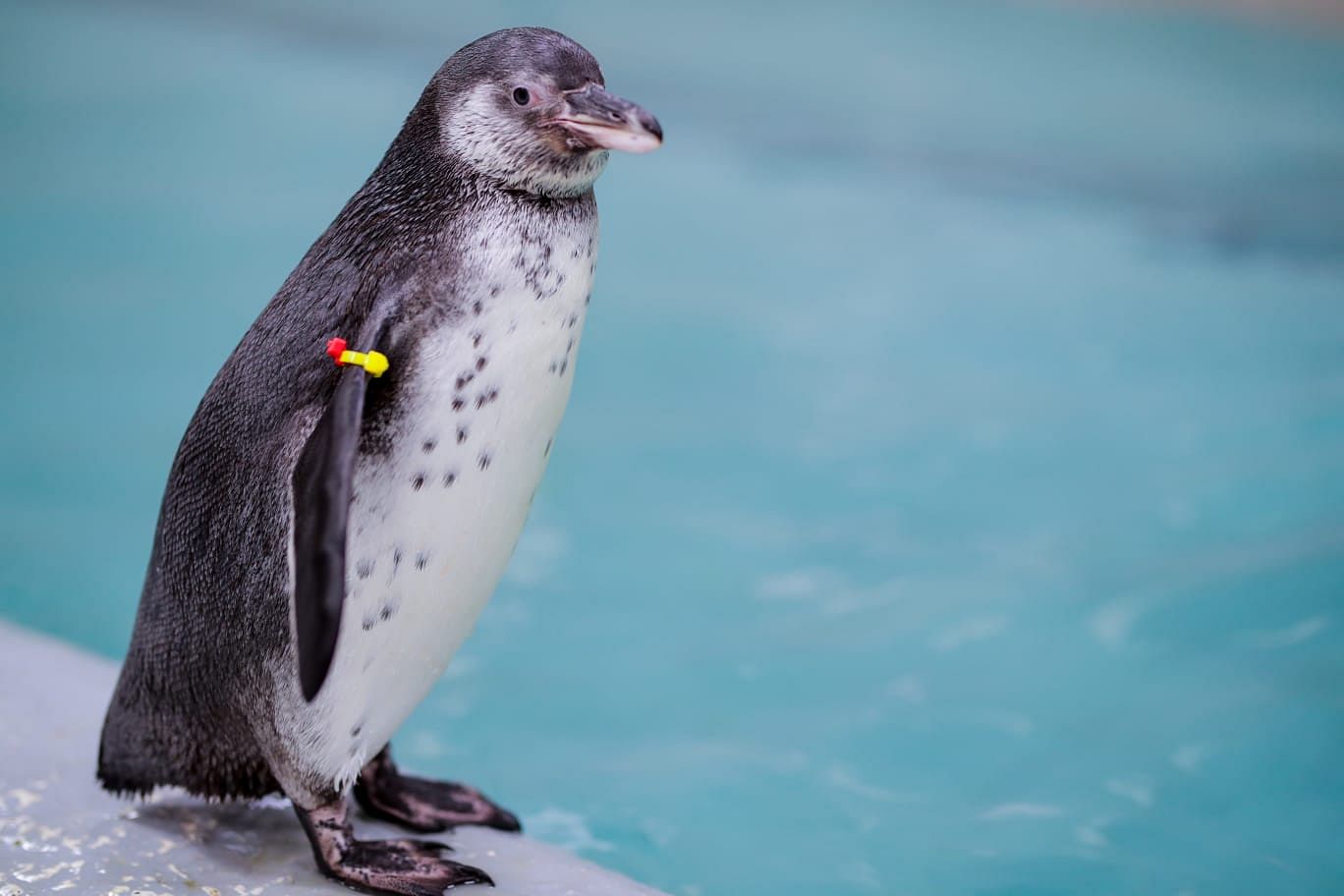