Party mum on his entry into active politics
Sanjay Jog 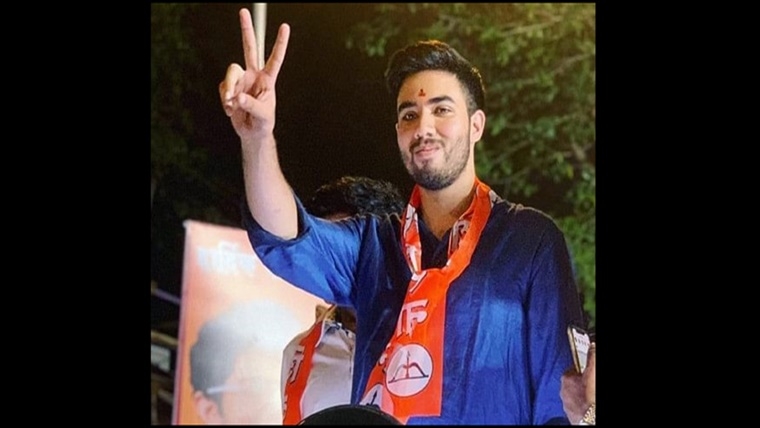 A new debate has started in the Maharashtra political circle after Chief Minister Uddhav Thackeray’s OSD and close confidant Milind Narvekar while wishing CM’s younger son Tejas on his birthday on Saturday compared him to cricket legend Vivian Richards. It also led to speculation of his possible political debut in the near future especially ahead of the upcoming elections to the BrihanMumbai Municipal Corporation. However, the party is silent on Tejas joining active politics.

Narvekar, who is also the Shiv Sena secretary, has issued a front-page advertisement in the party mouthpiece, Saamana, wherein Tejas has been likened as the "Vivian Richards of Thackeray family." The advertisement carries the picture of a bearded Tejas with the picture of Richards in his popular cricket pose.

Narvekar told a TV channel that the advertisement printed in Saamna should not be linked with politics as it is a family issue. "Aaditya Thackeray has qualities of Sunil Gavaskar. He has patience. On the other hand, Tejas is aggressive and decisive like Richards," he noted.

Tejas in 2015 discovered a new snake species in Maharashtra and named it Thackeray’s cat snake.