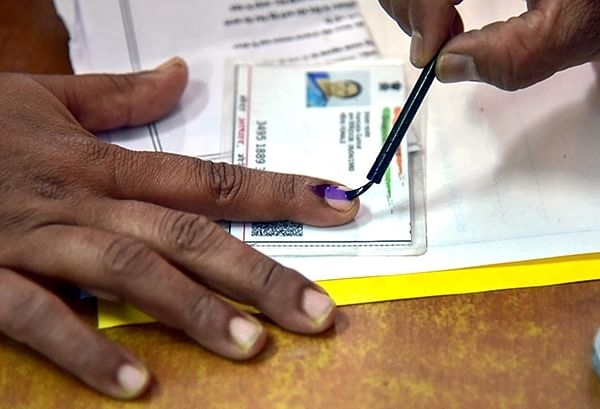 Days after the ruling Maha Vikas Aghadi (MVA) trounced the BJP in the Council elections to the graduates and teachers constituencies, they will again be pitted against each other in 14, 234 gram panchayat polls slated for January 15.

The State Election Commissioner UPS Madan on Friday announced poll schedule for the elections which were deferred earlier because of the coronavirus pandemic outbreak.

With this, the election code of conduct has come into force immediately. The counting of votes will be held on January 18, Madan said.

There are 27,920 gram panchayats in Maharashtra and elections to 14,234 of them means nearly 50 per cent of the village bodies would go to polls next month.

"Nominations would be accepted from December 23 to 30, while scrutiny would be done on December 31. The last date of withdrawal of nominations is January 4," he added. The final electoral rolls will be published on December 14, he said.

The government during the monsoon session of the state Legislature held in September had passed the bill recommending the appointment of administrators on 14,234 gram panchayats as the elections of the general body were not possible during the COVID-19 crisis.

Already Chief Minister Uddhav Thackeray has announced that ruling partners Shiv Sena, NCP and Congress will together fight ensuing elections to the civic and local self-government. Thackeray’s view was shared by NCP state unit chief Jayant Patil and Congress state party president Balasaheb Thorat. The trio hinted that their objective is to keep BJP at bay. The MVA won four out of five seats in graduates and teachers constituencies and one by an independent. However, BJP could win the lone Dhulke Nandurbar local body by poll.

The gram panchayat elections will be held just a year before the crucial municipal corporation polls in Mumbai, Thane, Pune, Nashik and Nagpur.