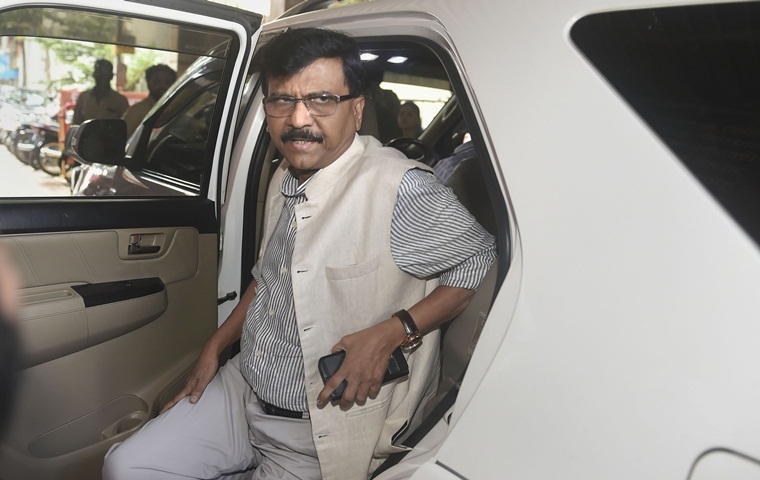 Sanjay Raut (57), who led the Sena's charge to seek equal share in power with the BJP post-assembly election results in Maharashtra, visited the private hospital in suburban Bandra in the afternoon for routine check-up. "Raut first underwent angiography where two blocks in the heart were detected. Angioplasty is being carried out and his health is stable," the Rajya Sabha MP's brother Sunil Raut said. "We are waiting for doctor's report," he said. It Is BJP's Arrogance That They Are Refusing To Form Govt In Maharashtra: Sanjay Raut

Sanjay Raut, executive editor of the Sena's mouthpiece 'Saamana', became the face of the party's repeated demand for chief ministership for 2.5 years and 50:50 split in portfolios ever since poll results were announced on October 24. Since October 24, the journalist-politician has been holding media briefings everyday and posting tweets to hit out at the BJP for not "honouring" power-sharing "agreement" between the saffron parties which stalled government formation in Maharashtra.