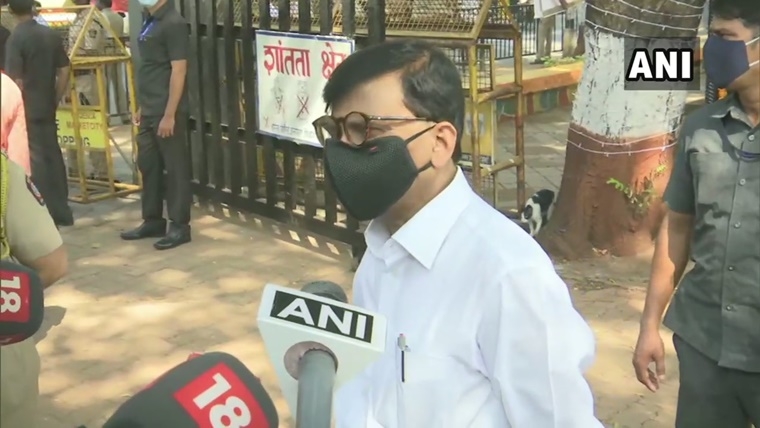 Shiv Sena leader Sanjay Raut on Monday slammed Bharatiya Janata Party (BJP) and said that his party does not need a Hindutva certificate from any party.

This is not the first time when Raut has hit out at BJP on Hindutva. Sanjay Raut on Sunday said the Maharashtra government's decision to reopen places of religious worship in the state was neither a victory nor defeat of anybody.

Raut said that Bharatiya Janata Party (BJP) should not take credit for the victory of Hindutva as the decision to shut the religious places was taken by the Centre amid the COVID-19 pandemic and these are now set to reopen in Maharashtra.

"The lockdown was imposed by Prime Minister Narendra Modi and the decision to shut the temples was also taken by him, so there is no reason for BJP to take credit for the victory of Hindutva in this matter. I believe that the Prime Minister will have to tell the meaning of victory and defeat to such people," said Raut while reacting to the question asked by a reporter stating, BJP is asserting that reopening of religious places in Maharashtra is the victory of Hindutva.