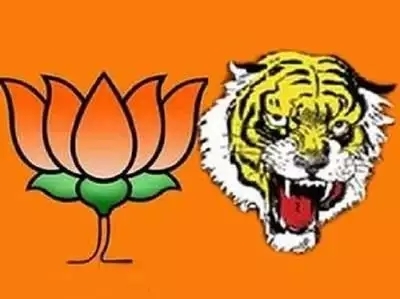 In Aurangabad, it was a triangular contest as outgoing Sena MP Khaire is pitted against Subhash Jhambad of Congress and Imtiyaz Jaleel of All India Majlis-e-Ittehad-ul Muslimeen (AIMIM). Jadhav’ son-in-law Danve is in the fray as the candidate of Shiv Swarajya Party member. Jadhav had quit the Shiv Sena before the election.

According to political pundits, Jadhav’s candidature reportedly split Sena’s traditional votes as well as the Maratha votes. It is believed that Jadhav’s candidature may benefit MIM. Khaire is said to be apprehensive about his defeat in the LS polls and he believes Danve is responsible for this.

“Danve deliberately supported his son-in-law to defeat me in the election. He did not follow the Yuti Dharm’ (responsibility to perform duties of alliance),” alleged Khaire. He further said, “In Jalna, Sena’s minister of state Arjun Khotkar was disappointed with Danve and wanted to contest election against him.

However, after an intervention by Sena chief Uddhav Thackeray, chief minister Devendra Fadnavis and I, Khotkar relented but worked for Danve – the BJP candidate. However, Danve favoured his son-in-law.”Khaire also alleged that eight to ten BJP corporators from Aurangabad worked in favour of Jadhav to please Danve.

The state BJP has refuted the charges levelled by Khaire and claimed, Danve worked for Khaire only and not favoured Jadhav. “In fact, Danve was admitted to hospital in Aurangabad during the poll campaign and could not go for the campaigning even in his own constituency,” stated a clarification sent from the BJP office.