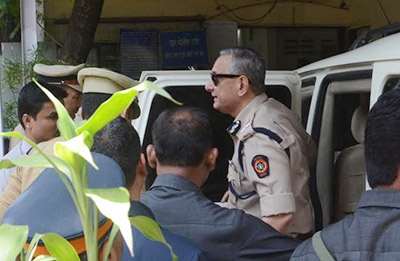 The Pen police had sent a pink dress that Sheena Bora was supposedly wearing when she was killed, along with a tooth and a bone of her right hand to the forensic lab for DNA testing. However, the samples never reached their destination.

Mumbai : After the city police starting making arrests in the high-profile Sheena Bora murder case, the Pen police, too, swung into action. However, the facts that have been unearthed are indeed shocking.

The Pen police had sent a pink dress that Sheena was supposedly wearing when she was killed, along with a tooth and a bone of her right hand to the forensic lab for DNA testing.

However, the samples with the registration number 1476/2012 never reached their destination.

An official from the forensic lab revealed that 14 samples were received by them in 2012 from Raigad district but none of the cases were that of a burnt female body. Now, the forensic department has requested the Pen police to send them a copy of the registered letter number 1476/2012.

An official from the forensic department said that the Pen police had asked them about the samples. “There is nothing in our records on the female who was burnt. There were around 14 cases that year, but nothing matched the samples that the police have sought from us,” he said.

According to sources, Sheena’s body was found on May 24 in the Raigad district, after which a police officer attached to Pen police station began investigating the matter. The officer had approached the villagers who reside near the crime spot; they, in turn, informed him that a car had visited the area. However, he was allegedly asked by a superior, an IPS officer, to stop the investigation. The Mumbai police might question the police officers attached to the Pen police in 2012 regarding this.