Maharashtra former Chief Minister and Leader of Opposition Devendra Fadnavis on Thursday hit out the Nationalist Congress Party and its chief Sharad Pawar over the leader's recent statements. In a series of tweets, the BJP leader revealed NCP's old track record of 'appeasement policy and politics and polarising the society on communal basis'.

Keeping movie 'The Kashmir Files' in focus, Fadnavis said Sharad Pawar's statements on the movie are not surprising at all adding, "In fact, they are totally in line with NCP's decades old track record of appeasement policy and politics and polarising the society of communal basis."

He further added that during 1993's Mumbai blast, Sharad Pawar “invented a 13th blast in a Muslim area”, Fadnavis said.

"Instead of law and order, appeasement was his first priority," he said.

"Why such double standards when we expect communal harmony? Why does a movie based on real testimonials of sufferings of Kashmiri Pandits disturb someone? Just because it doesn’t suit the pseudo-secular agenda?" Fadnavis said.

Meanwhile speaking of the recent protests by the MSRTC workers outside Sharad Pawar's residence now lawyer Jayshree Patil, wife of advocate Gunaratna Sadavarte has been shown as wanted accused by police in the case.

A thread👇🏻
On one hand,we are celebrating birth anniversary of Dr.Babasaheb Ambedkar ji,who was against the inclusion of #Article370 granting special status to Jammu & Kashmir.

So far, the police have arrested 116 people, including Sadavarte, in the case.

Sadavarte, one of the lawyers representing the striking workers of the Maharashtra State Road Transport Corporation, was arrested along with several MSRTC workers by the Mumbai police after they staged a protest outside Pawar's residence in the metropolis on April 8.

During the investigation into a "conspiracy" behind with the protest, the police got some important leads which showed the alleged involvement of lawyer Jayshree Patil in the case.

For the unversed, a group of Maharashtra State Road Transport Corporation (MSRTC) workers tried to enter Sharad Pawar's residence and held a protest by hurling stones and slippers at his place.

The protest came a day after the Bombay High Court asked the striking workers of the transport corporation to resume their duty by April 22.

MSRTC staffers have been agitating since late October demanding a merger of the corporation with the state government, that would give them better salaries and greater job security. 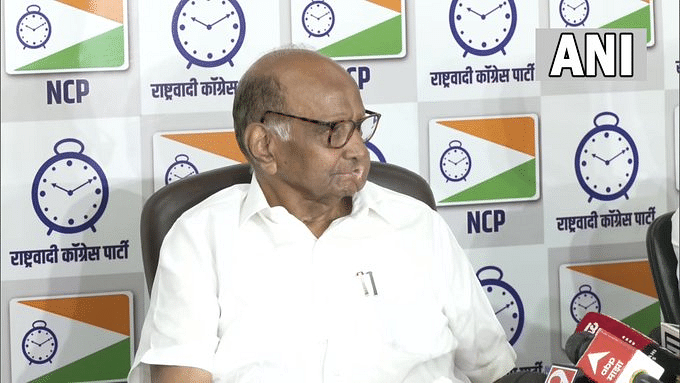