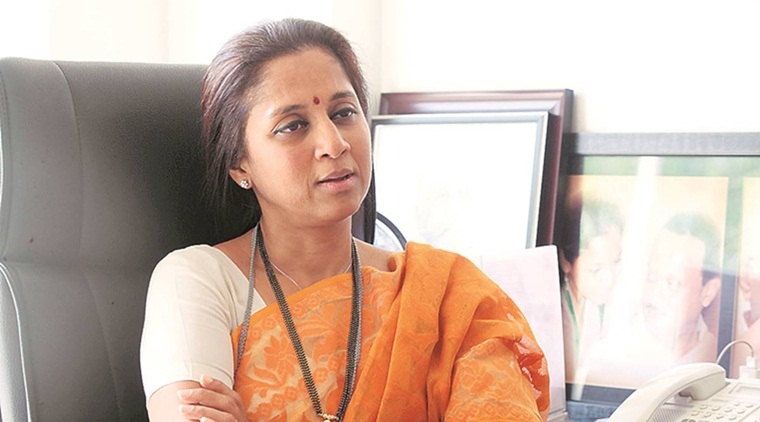 Thane: NCP MP Supriya Sule said here on Thursday that her father and party supremo Sharad Pawar was bound to feel hurt when the leaders who were with him for decades leave the party.

Several NCP leaders, including then Mumbai NCP chief Sachin Ahir, quit the party recently and joined the ruling BJP or the Shiv Sena. Asked about it, Sule told reporters that the leaders who have now quit gained prominence because of the NCP. "Sharad Pawar's life has been marked by huge struggle. Out of this struggle he built the party. Therefore when the people who were with him for forty years leave, he is bound to feel sad," Sule said.

She alleged that those leaving the party were afraid that they would be embroiled in some or other inquiry if they did not join the ruling parties. Sule also referred to the death of a 19-year-old woman who had been allegedly gangraped in Mumbai in the first week of July. "A young woman who was raped in Mumbai died at a hospital in Aurangabad. She was from Jalna. Today the Chief Minister was there, but he made no mention of the incident. It shows that the government is insensitive," she said.

"To condemn this, the NCP will take out a morcha tomorrow," Sule added. The NCP MP also promised to take part in an agitation to rid Thane of toll booths. The BJP and Shiv Sena did not keep their poll promise of removing toll booths, she said.