The Maharashtra government on Wednesday invited Sambhajiraje Chhatrapati for a discussion with Chief Minister Uddhav Thackeray after the BJP MP led a `silent' sit-in protest to press the demand of reservations for the Maratha community at Kolhapur. Sambhajiraje, a direct descendant of warrior king Chhatrapati Shivaji Maharaj, welcomed the invite and said he and other leaders of the agitation may meet Thackeray in Mumbai on Friday.

Ministers Satej Patil and Mushrif invited Sambhajiraje and representatives of the Maratha community to meet chief minister Thackeray, deputy CM Ajit Pawar and other cabinet members. "As a representative of the government, I would like to say that the state government is positive about the demands related to strengthening the Shahu Maharaj Research Training and Human Development Institute (SARTHI), Annasaheb Patil Mahamandal, concessions to the poor from the Maratha community (on the lines of OBCs) and new hostels for Maratha students in every district," Patil said.

"The chief minister is ready to talk to representatives of the Maratha community and I would like to request Sambhajiraje to come to Mumbai and hold talks with the state government," he added. Mushrif said he would not sit quiet till the state government fulfilled the demands related to SARTHI, Annasaheb Patil corporation and other issues raised by Sambhajiraje.

After the sit-in was over -- during which speeches were made but no slogans were shouted -- Sambhajiraje told reporters that he welcomed the state government's overture.

Read Also
Maratha quota stir: 1,000 cops to be deployed in Kolhapur ahead of statewide agitation 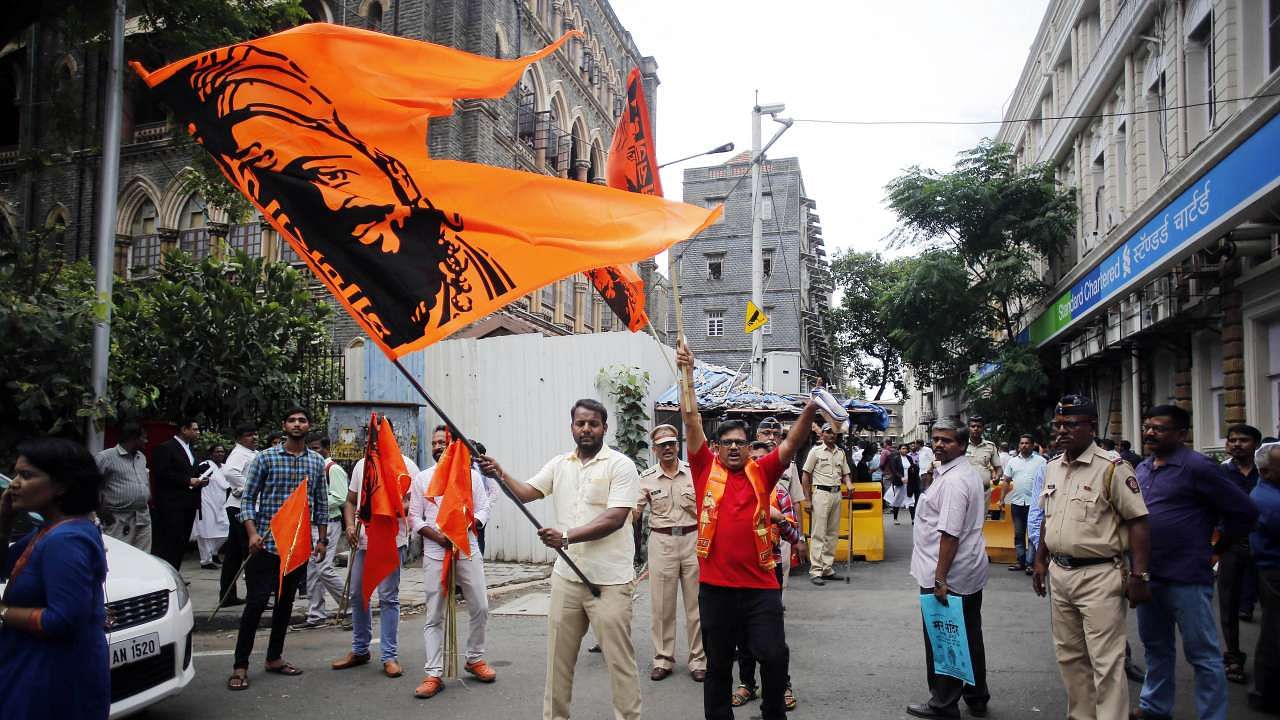 "Satej Patil, Mushrif put forth a really good stand by inviting us to have a dialogue with the CM and other ministers and I welcome it. However, going to Mumbai for talks does not mean we are satisfied. We will go for the talks and see what happens, but our scheduled agitations in Nashik, Aurangabad and other districts will continue," the BJP MP said.

Instead of Thursday, as suggested by Patil, they would try and meet the chief minister on June 18, Sambhajiraje said. Shri Shahu Chhatrapati Maharaj, another member of the Kolhapur royal family, said that filing a review petition or curative petition in the Supreme Court against its May 5 decision to quash Maratha quota will be time-consuming. "The only option is the Centre should take the issue seriously... if the Centre takes the issue seriously and makes necessary amendments in the law, it will be resolved," he said.

The state government discussed the issue with Prime Minister Narendra Modi who was said to be positive about it, he said, adding. "We need to know what the PM thinks about the issue." Sena MP Mane, who took part in the protest while on saline drip, said he had been advised rest after recovering from COVID-19, but he stepped out for the cause.

State BJP chief Chandrakant Patil, who had been critical of Sambhajiraje and had asked if the latter had taken up the protest to get a second Rajya Sabha term, handed over his letter of support to the MP.

Shailesh Balkawde, district Superintendent of Police, said the organizers were asked to follow COVID-19-appropriate behavior. Last month, the Supreme Court struck down a 2018 Maharashtra law granting quota to Marathas in college admissions and government jobs, terming it as "unconstitutional", and held there were no exceptional circumstances to justify a breach of the 50 percent reservation cap set by the 1992 Mandal verdict. 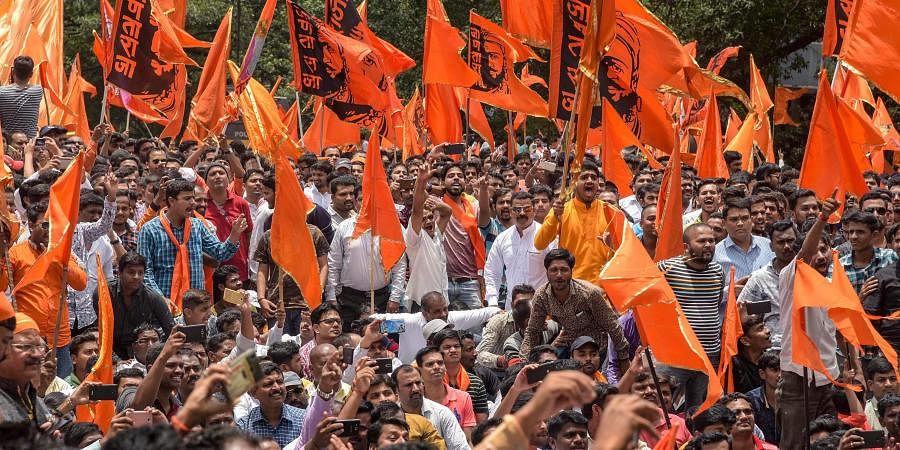