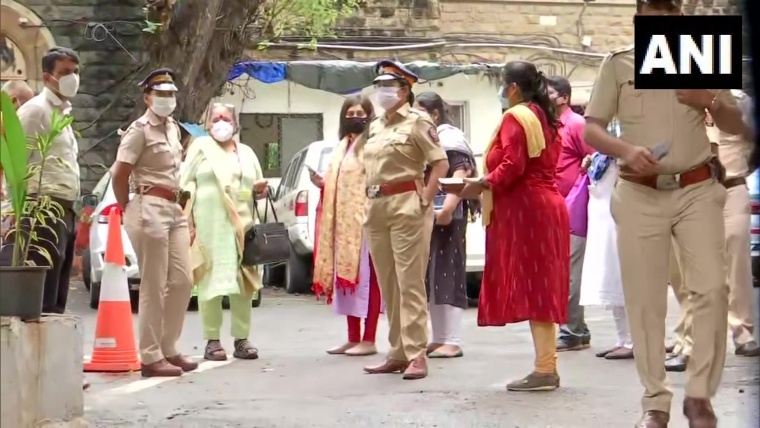 After the heinous Sakinaka rape-cum-murder incident which happened on Friday, a team of the National Commission for Women (NCW) visited here to meet officials and the victim's family members. One of the members of the NCW, Miss Chandramukhi Devi updating on the matter today said, a chargesheet should be filed as soon as possible and strict action should be taken against perpetrators through a fast-track court.

She has also demanded that Rs 10 lakhs should be provided to victim's children and arrangements should be made for their education.

Reacting to Mumbai Police commisioner Hemant Nagrale's "It (police) can't be present at every crime location" statement, Chandramukhi Devi termed the statement as "extremely unfortunate" and said police cannot run away from their responsibility.

A chargesheet should be filed as soon as possible and strict action should be taken against perpetrators through a fast-track court. I've demanded Rs 10 lakhs to be provided to victim's children and arrangements to be made for their education: Chandramukhi Devi, Member, NCW

A political has errupted between the Maharashtra government and the state opposition parties over the rape case. Leader of Opposition Devendra Fadnavis said the incident was both sad and shocking even as the Bharatiya Janata Party targeted the Maha Vikas Aghadi government for increase in serious crimes against women and children in the state.

Women leaders from the Shiv Sena, the Nationalist Congress Party, the Congress, the Bharatiya Janata Party, the Aam Aadmi Party and activists from across the state have expressed outrage over the incident and demanded implementation of the proposed 'Shakti Law' at the earliest.

Yesterday, Maharashtra Chief Minister Uddhav Thackeray ordered the case to be transferred to fast-track special court, and a Mumbai Police Special Investigation Team headed by Assistant Commissioner of Police Jyotsna Rasam has been formed to probe the matter within 30 days.