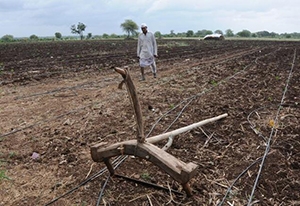 Mumbai : The Bombay High Court has asked Maharashtra Government to file an affidavit in response to a PIL seeking regulations to monitor funds collected from people by non-governmental organisations (NGOs), social organisations, newspapers and political parties during natural calamities. The State has been asked to consider a suggestion to set up a Disaster Relief Fund Control Scheme to regulate the use of such funds for benefit of victims hit by calamities.

The order was given on Wednesday by a bench of Justices Abhay Oka and Amjad Sayed which asked the State to take a decision on the issue by June 13 and file an affidavit by June 13. The matter has been posted for hearing on June 18.

The court was hearing a suo motu (on its own) PIL which said that many organisations were collecting funds from members of public during natural calamities such as earthquakes, floods, cyclones etc. However, there were no regulations to monitor the use of such funds.

Justice D G Deshpande of the High Court had written a letter on the issue to Chief Justice Mohit Shah last year. This letter was converted into a PIL and is being heard by the High Court from time to time.

Justice Deshpande suggested that the State should form a Disaster Relief Fund Control Scheme to ensure that such funds collected from people were used to help the victims of natural calamities.

The PIL said there was no way to find out whether substantial amount of the funds thus collected ultimately reached the persons affected by the natural calamities.

The PIL said it is the duty of the State to find out whether money collected from people reached the targeted population, otherwise the purpose of such measures would be defeated.

In this matter, the Judges have also appointed an ‘amicus curiae’ (friend of the court) to assist the bench. PTI