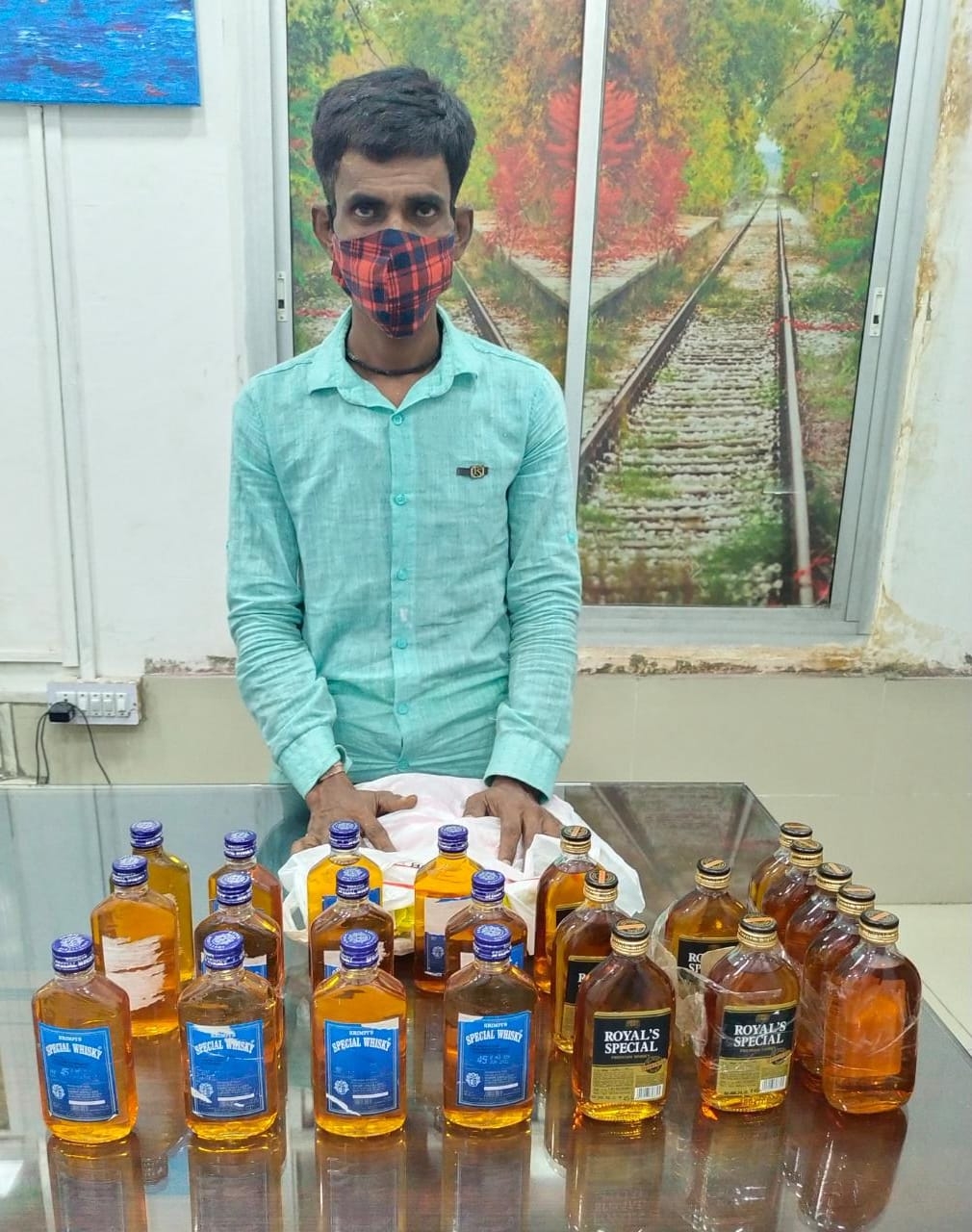 Accused Saddruddin with the seized liquor |

The cases of people carrying liquor illegally from Mumbai to the dry state of Gujarat have almost doubled in the year 2021, with the Railway Protection Force (RPF) of Western Railway (WR) registering 239 such cases in the last eight months – between January and August 2021.

During this period, 9,676 bottles of Indian-made foreign liquor (IMFL) and 4,668.35 litres of country liquor was seized. The value of the seized liquor is around Rs 13.14 lakh and 222 accused persons have been arrested by the RPF in different trains.

A WR official said that as per the Railway Act, no one is allowed to carry alcohol or any intoxicating substances on the rail property or any property owned by the railway authorities. Offenders caught are handed over to the GRP for further action under the Indian Penal Code. Another senior officer said, “Most of these people carry alcohol for a small amount of money. The groups keep relevant information like the number of the trains which have police escorts and avoid them.”

Confirming the development, Praveen Chandra Sinha, Inspector General (IG) of Railway Protection Force (RPF) said all efforts are being made to control this menace. An officer, who supervises a special squad formed by WR to nab these offenders, said that these smugglers mostly board trains during the day from stations beyond Dahanu, mostly from lesser-known places like Udhwada and Umargaon around Vapi.

Officials said liquor smuggling is also done by women who wrap themselves with liquor bottles and then wear a jacket over it to avoid being caught.

Another modus operandi is to board outstation trains from suburban stations and pull emergency chains near deserted spots to load liquor crates. These spots are mostly where roads run adjacent to railway tracks beyond Dahanu, added an RPF official.