Road caves in near Girgaon Metro site in Mumbai 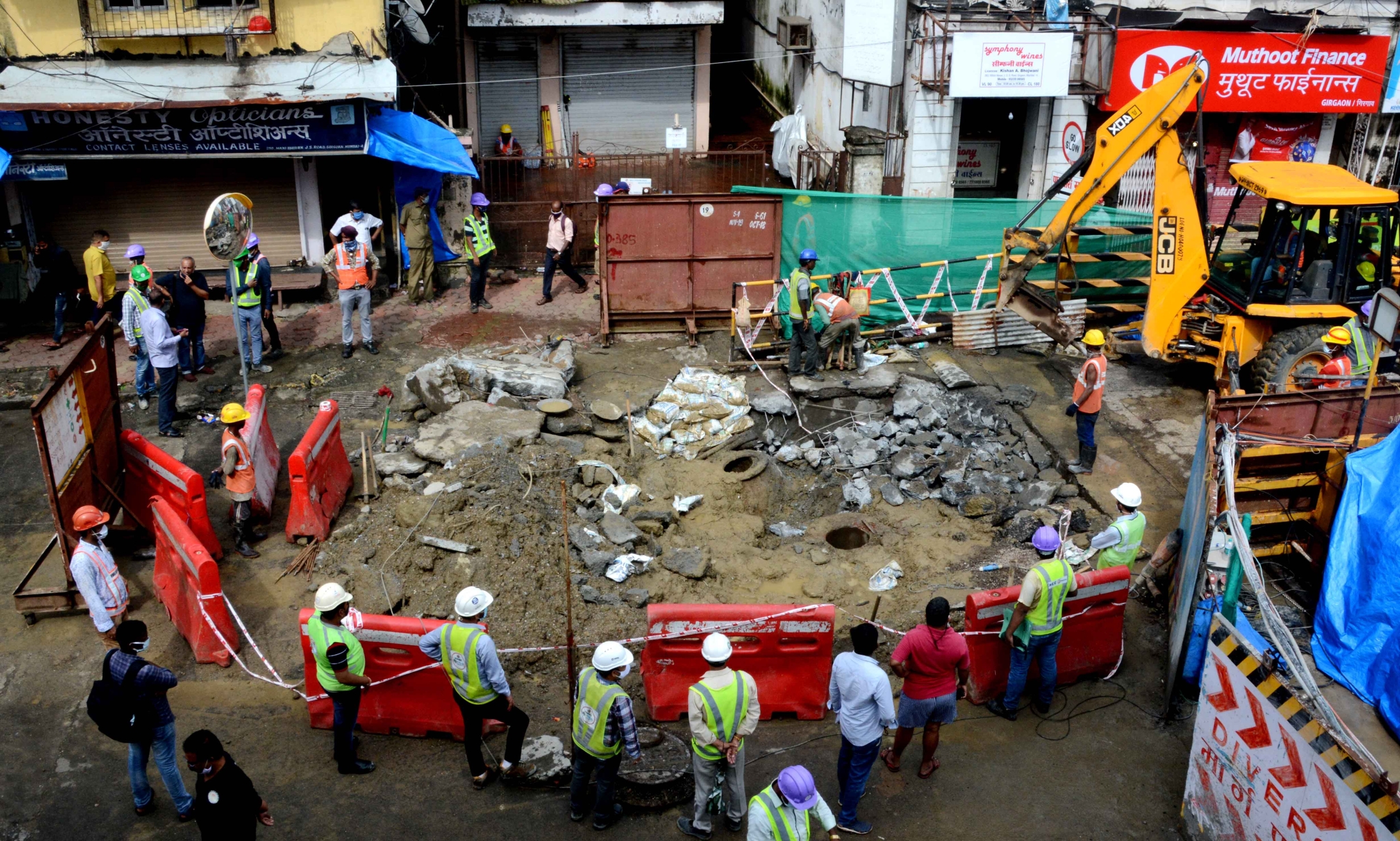 A portion of the Jagannath Shankar Sheth (JSS) road caved-in at the Mumbai Metro-3 (Colaba-Bandra-Seepz) construction site in Girgaon, early on Wednesday morning. Civic authorities said the mishap occurred on JSS Road near the upcoming Girgaon Metro station due to water ingress.

Officials from the Mumbai Metro Rail Corporation Limited (MMRCL), which is executing the 33.5 km underground line, said the road has been closed and the section that caved-in has also been filled.

“We have started grouting from inside the station area to stop the water ingress.

“MMRCL is continuously monitoring all the buildings in the nearby area to ensure their safety,” said an MMRCL spokesperson.

The spokesperson added that on-ground teams of MMRCL, the consultants and contractors have also been deployed at the mishap site to ensure proper repair and reconstruction.

“The situation is under control. However, the 100-metre portion from Thakurdwar Junction to Kranti Nagar on the Jagannath Shankar Sheth (JSS) Road will remain closed for 2-3 days for safety reasons,” the official added.

The MMRCL is monitoring all the buildings in the nearby area to ensure proper safety.

On-ground teams of MMRCL, General Consultants, and Contractors have also been deployed to fix it.

"The incident could have been fatal. This is due to underground digging done for the Metro 3 project.

“This is the first time in decades we witnessed that areas in South Mumbai had suffered such unprecedented flooding. All this is due to ongoing construction of metro project," said Nandkumar Gaikwad, a local resident.

According to BMC and MMRCL officials no casualty has been reported in the incident.

The Metro-3 project which is worth Rs 30,000 crore will connect Cuffe Parade business district in the extreme south of the city to SEEPZ in the north-central with 26 underground and one at-grade station.