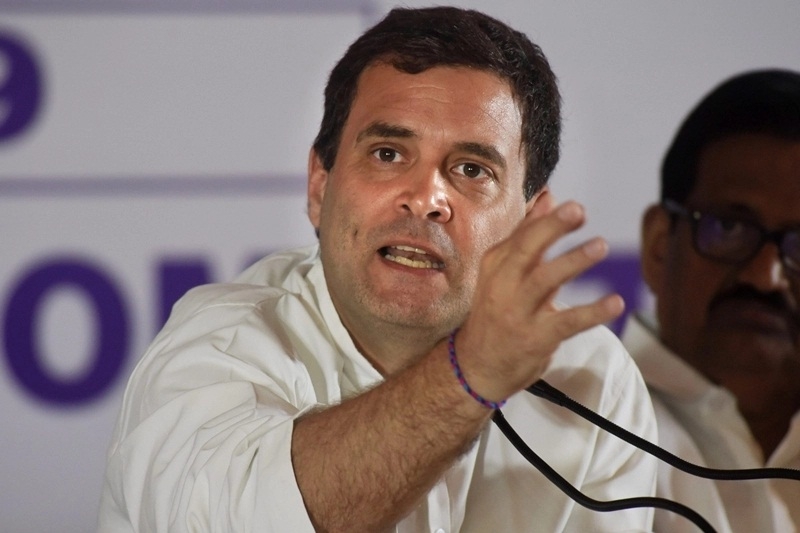 Mumbai: A snag in his aircraft Friday morning which delayed a packed schedule of poll rallies that ended with a late night one in Sangamner led to Congress chief Rahul Gandhi making an unscheduled overnight stop there at a guest house of party colleague Balasaheb Thorat. Thorat incidentally is a rival of senior Congress leader Radhakrishna Vikhe Patil who is in the the crosshairs of the party for distancing himself from the Lok Sabha campaign after son Sujay joined the BJP and got the saffron party’s Ahmednagar Lok Sabha ticket.

Maharashtra Youth Congress president Satyajit Tambe told PTI Saturday that Gandhi was scheduled to depart for Nashik after the Sangamner public meeting, but since it was delayed, he decided to stay back. Gandhi finished his speech at the Sangamner rally on Friday just a minute before the 10pm deadline. “Rahul ji decided to stay back. It was an unscheduled stop. He had pithla (thickened besan curry) and jowar bhakri (roti) for dinner and thalipeeth for breakfast (on Saturday),” Tambe, a nephew of Thorat, said.

“He took off from Sangamner for Nashik at 10.30 am Saturday along with senior party leader and CWC member Balasaheb Thorat from where he proceeded to Raebareli,” Tambe said. Gandhi Saturday addressed an election meeting in Unchahar in Raebareli from where UPA chairperson and his mother Sonia Gandhi is seeking re-election to the Lok Sabha. Gandhi posted a picture of himself and Thorat on Instagram stating that he had an unscheduled overnight stop which was well worth it. Tambe said the Congress chief wished Thorat’s wife on her birthday. Incidentally, Vikhe Patil skipped Gandhi’s rally in Sangamner, which is part of Shirdi Lok Sabha seat, but shared the dais with Sadashiv Lokhande, the Shiv Sena’s candidate from there.