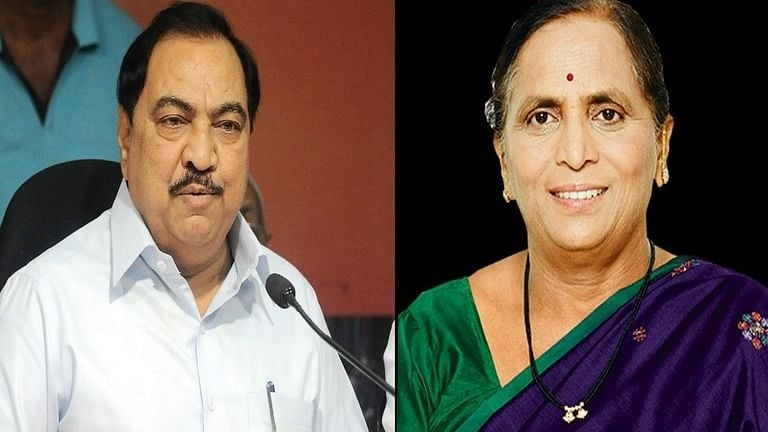 The case relates to the land grab of a plot in Bhosari, Pune belonging to the MIDC which caused a loss to the exchequer upto Rs 61.25 crore. While Khadse and his wife Mandakini Khadse are co-accused in the case, their son-in-law was arrested in the case and is now in judicial custody.

Khadse had failed to appear before the court on numerous occasions after the court took cognizance of the chargesheet and summoned the accused before it. He appeared on Monday only after getting interim protection from arrest from the Bombay High Court last week for a week’s duration.

The HC had directed that he appear before the special court and file a bail plea, if he wants to, which was directed to be decided the very day.

Accordingly, Khadse filed a bail plea on Monday and also separately sought interim bail. The court, while granting him temporary bail till Friday, stated that his bail application will be heard on Friday, which it would decide the same day.

Last week, the politician’s wife Mandakini Khadse, also an accused in the case, had appeared before the court after she had got interim protection from arrest from the HC.