Pune driver to get life instead of death: Supreme Court 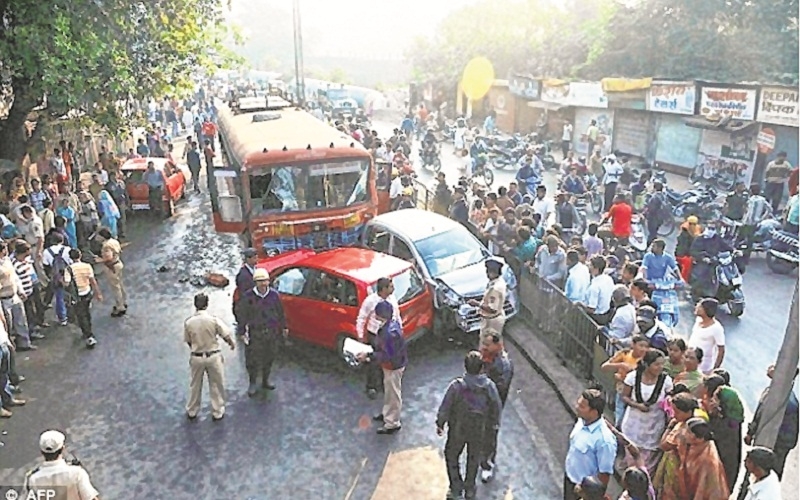 Mumbai: In a major relief to a Pune-based state transport bus driver, the Supreme Court on Wednesday commuted his death sentence to life. The driver — Santosh Mane (46) was convicted for mowing down nine people and injuring 37 others in 2012. A three-judge bench of Justices Arjan Sikri, Abdul Nazeer and Mukeshkumar Shah quashed the September 2014 orders of the Bombay High Court, by which it had confirmed the death sentence of Mane.

According to Nishant Katneshwarkar, the chief standing counsel of Maharashtra government in the apex court, the judges commuted the death sentence to life. “A reasoned order will be made available later,” said Katneshwarkar. Reportedly, Mane, who was working as a driver with the Maharashtra State Road Transport Corporation (MSRTC) was unhappy with his work schedule and working hours.

Accordingly, on January 25, 2012, Mane hijacked a bus and mowed down nine persons while 37 others sustained injuries.
A sessions court in Pune had in 2013 convicted Mane and handed him a death sentence and the same was confirmed by the division bench of the Bombay HC.

The HC division bench led by Justice Vidyasagar Kanade had termed this case to be a ‘rarest of rare’ one and had accordingly directed hanging of Mane by neck till he is pronounced dead. This is an exceptional and rarest of rare case where the crime is so cruel, diabolical and revolting so as to shock the collective conscience of the society.

If such acts are condoned, it will definitely send wrong signals to the society that individuals can take law into their own hands and get away with it on some misplaced and misconceived notions of sympathy,” Justice Kanade had observed in his 114-page judgment.

The bench led by Justice Kanade had also trashed the contention of Mane that he was mentally unsound and was insane. The bench had further noted that this was not a case of a driver of a public vehicle committing a road accident but instead, a case where, after hijacking the bus, he killed innocent people and damaged public property undaunted by all attempts made to dissuade him from his killing spree of hapless victims.

“This is not a case where due to mechanical fault, he was unable to stop his vehicle. The magnitude of his crime cannot be brushed aside on the ground of his false plea of insanity which he raised after the gruesome and gory incident was over,” the bench had said.