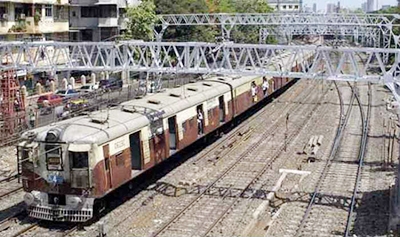 Both the incidents took place at point number 102, which is a sharp curve from which the trains have to pass to enter the platform.

Mumbai : In what can be termed as a mistimed coincidence, two local trains of the Harbour line derailed near CST railway station on the same date, at the same location, and in a similar pattern.

Both the incidents took place at point number 102, which is a sharp curve from which the trains have to pass to enter the platform.

The internal inquiry ordered into the derailment of 2014 brought to the fore the defect in the diameter of the wheels, which probably caused the coach to jump. And this time too, the defect was found to be in the wheels.

However, it is said that this time the maintenance of tracks too wasn’t done for a long time.

Earlier, there was a caution order that motormen shouldn’t exceed the speed of 30kmph on this point. However now, Commissioner of Railway Safety (CRS) Chetan Bakshi, in a letter to General Manager (GM) SK Sood of CR, has ordered to implement a 15 kmph speed restriction at that particular curve and also on other similar curves near CST station.

Bakshi said, “The trains can’t be running beyond 15 kmph at such accident prone spots.”

The steep curve just before entering CST station has been a major cause of concern for railway from quite time now. However, experts believe that as planned earlier, if the extension of platform 2 of CST station is done by the Mumbai Railway Vikas Corporation (MRVC) to accommodate the 12-coach trains, by the problem can be solved.

The extension work to begin in December 2014, however, now the deadline for the same has been pushed to December 2016.