Asaduddin Owaisi - President of the All India Majlis-e-Ittehadul Muslimeen (AIMIM) claimed that the remote control of the Sena is not working and hence they have been forced to jump in the poll fray.
Philip Varghese 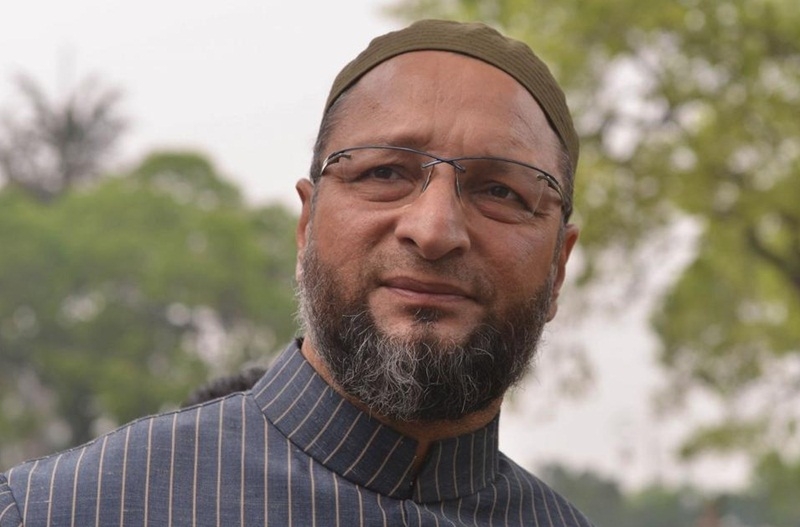 "This country belongs to everyone – even if he or she is from any religion, caste or creed, said Asaduddin Owaisi - President of the All India Majlis-e-Ittehadul Muslimeen (AIMIM) which has fielded 52 candidates in the upcoming Maharashtra State assembly polls.

Owasi was commenting on reviving of the Citizenship Amendment Bill, wherein he said that the bill will make our country just like Israel. “Our country has given right for persons from any faith, religion to live in this country. In fact, even when the NRC was brought in, maximum number of Hindus were also listed. Then, the BJP leaders themselves opposed NRC in Assam.”

When asked about the statements from the opposition parties that the AIMIM was the ‘B’ team of the BJP during the elections, Owasi said "I am not bothered if anyone calls me as the 'A' or 'B' team of any party. I know what we are doing and let others say whatever they want to. We are fighting bringing back the democratic rights of our citizens."

Commenting on late Sena Supremo’s grandson Aaditya Thackeray filing his nominations for the Worli constituency – a first from the Thackeray family, Owaisi sarcastically stated, “I think now the remote control of the Shiv Sena is not working. That’s why they have been forced to fight an election by literally coming before the people to seek vote. This is the first time in the family of the Thackerays and I am surprised.”

He also attacked the ruling Sena-BJP government on neglecting the major issues of the state, while trying to garner votes in the name of article 370. “There are several issues in this state of Maharashtra where I am sitting now. There are issues of farmer suicides, the trading community is facing problems.”

Owaisi also said that the election commission should also consider changing our pattern of voting through the EVM machines. “Our PM was in US last week and he knows that the US also follows the ballot paper system for their own polls. They have also tried and rejected the EVM machines. Hence, I think PM should know more about what is right and wrong for the country.”

When asked to comment on the unity of the opposition party, he said, “There is absolutely no unity in the opposition. If today the former-president of the Mumbai Congress says that he will not campaign for the candidates this time, it is a clear indication on where that party stands.”

It will be recalled that the AIMIM-Bhim alliance which had hurt the Congress-NCP chances in Maharashtra in the recently held Lok Sabha polls, had called off its alliance few weeks ago. “We tried hard to stitch an alliance with the VBA. Unfortunately, there were certain things that we cannot disclose before the media which didn't work out. We respect Prakash Ambedkar and we respect Dr. Babasaheb Ambedkar too,” Owaisi said.