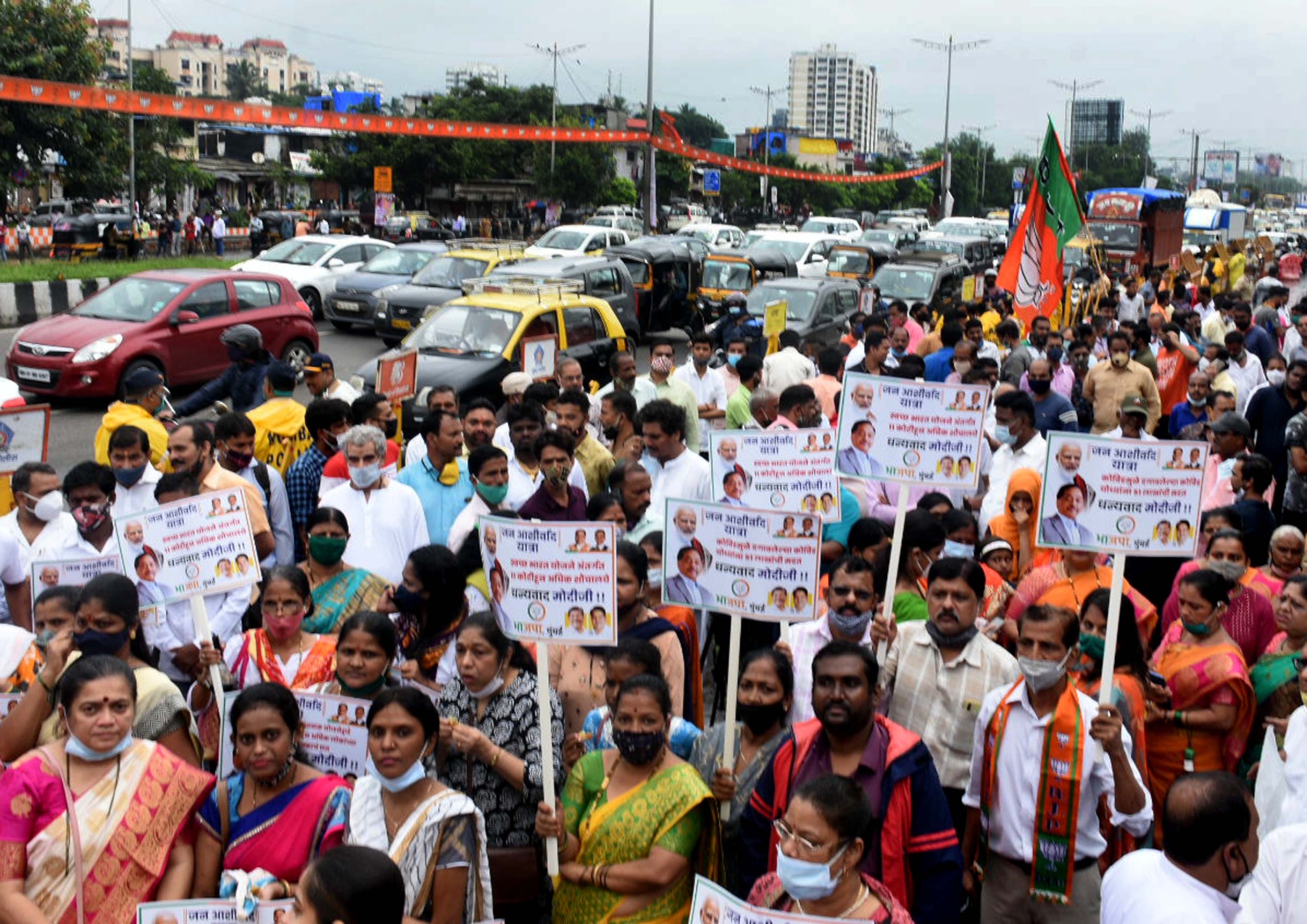 The city police have registered seven different cases against the organizers, mostly BJP leaders and party members, who organised events during the Jan Ashirwad Yatra on Thursday.

The organizers have been booked for violating Covid-19 norms by carrying out gatherings.

The cases were registered under Section 188 of the Indian Penal Code (IPC), Section 51 of the Disaster Management Act and Section 135 of the Bombay Police Act. Sources said that many police stations even gave a notice to the organisers to follow Covid- safety protocols, but in vain.

Meanwhile, traffic snarls were reported at several places due to the processions on Thursday, but it was handled well by the authorities, causing little inconvenience to motorists.

There was slight traffic jam at Bhiwandi.

“We had made traffic arrangements in advance. So, there was not too much of a problem,” said a senior police official.

On Tuesday and Wednesday, the Thane police registered five cases against the organizers for holding an event to welcome Union minister Kapil Patil.