The National Human Rights Commission (NHRC) recently directed the Principal Secretary, Department of Education of Maharashtra as well as District Magistrate of Parbaani to submit their response with regard to payment of monetary relief or compensation to the two minor student victims of sexual abuse and ragging in a Ved Pathsala, under victim compensation scheme of the State government or any other benevolent scheme of government of Maharashtra within four weeks.

Tripathy has alleged that two victims, the children of the age group of 9-10 years were ragged and their private parts being tied with Manja (string) by the accused. The incident occurred at the Ganesh Ved Pathshala, located on Basmat Road in Parbhani, 500 km from Mumbai, between August 26 and September 12, 2018, and it came to light when parents of the two victims complained to the police about it.

The NHRC in its order stated that the Commission was pained and took a serious note of the non-responsive attitude of the Principal Secretary, Department of Education, Government of Maharashtra, Mumbai, and some strict action is warranted in this case.

Pursuant to the directions of the Commission, the Deputy Commissioner of Police, Crime Branch, Mumbai, in a report stated that the victim Swanand Nilesh Udar, aged about nine years, was studying in Ved Pathshala School, Akash Nagar, Parbhani, Maharashtra. The accused, two juveniles who were studying in the same school slapped and bit the victim.

The accused insulted and ragged him for not reciting `Shloka' properly and tied the victim's private part with 'Manja' string. The victim has complained the same to the Head Master of the school, Sudhir Kulkarni. But, no action was taken. During the investigation, the accused Sudhir Kulkarni, Head Master, Shriniwas Joshi (Juvenile) and Atherv Shastri (Juvenile) were arrested, the report stated.

After investigation, the charge sheet was filed at Sessions Court, Parbhani, Juvenile Justice Board and the matter is sub-judice.

Subsequently accused Sudhir Kulkarni has been acquitted by the POCSO Sessions Court, Parbhani. It is further submitted that according to the father of Swanand, he is in good condition now. The school was basically for religious study and students were admitted voluntarily without taking any fees from the students, the State informed the NHRC.

The school was neither recognized by the State Government nor was the SCERT syllabus used. It is further submitted that the school was not eligible to get grants from the government, the report added.

No report is received from the Principal Secretary, Department of Education, Maharashtra or District Magistrate, Pradhan, Mumbai.

The NHRC warns of coercive action in case of failure in the submission of the report. 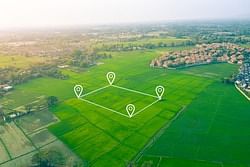