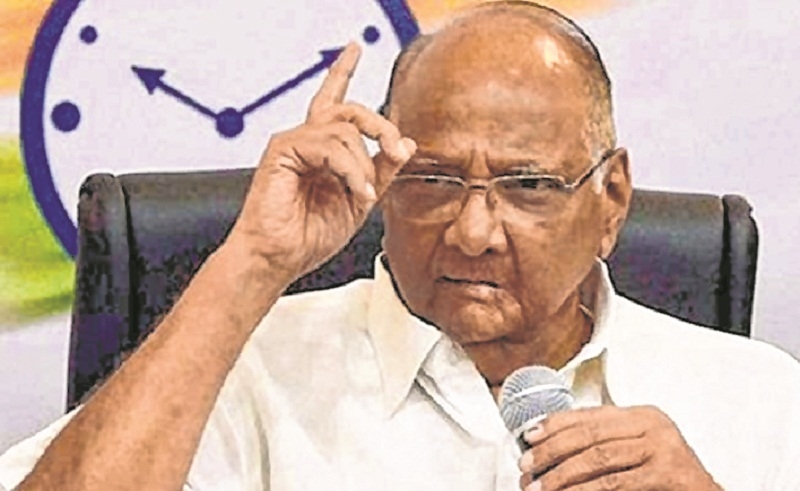 Mumbai: Clashes between Nationalist Congress Party (NCP) party workers occurred in front of their leaders in Phaltan, Satara district on Friday. The outburst was between supporters of Shekhar Gore and retired bureaucrat Prabhakar Deshmukh.

Shekhar’s supporters went on to display their power of strength and shouted slogans during party chief Sharad Pawar’s speech and forced him to stop, after which he left the venue. Later, the other leaders called the police to intervene the two factions and bring the situation under control.

Maan and Khatav Taluka from Satara district comes under Madha constituency, from where Pawar has decided to contest the Lok Sabha polls. Pawar was scheduled to address the party workers in Phaltan. Just as he stood up to give his speech, Shekhar’s supporters began shouting slogans against another party rival Kavita Mhetre who was allowed to share dais with Pawar, while Shekhar was not.

Supporters of Shekhar and Mhetre got into a verbal war and Pawar was forced to leave his speech halfway. Later, while speaking with media, Shekhar said, he wanted one person of his group to speak of the injustice meted out to me so that Pawar could hear my grievance.

“I have no issue with Mhetre defintiely there are problems with Deshmukh. Deshmukh does not allow me and my followers to reach out to Pawar. We want to express our grievance and the injustice meted to me,” said Shekhar.

Shekhar is the brother of Jaykumar Gore, a Congress legislator from Maan. NCP brought Shekhar in the party prior to the 2014 assembly polls but he quit immediately. Instead, he contested assembly polls from the Rashtriya Samaj Party (RSP) of Mahadev Jankar and lost. Later, he contested the Council polls from NCP lost again. No complaint was filed against any person.