The arrests were initiated by a team led by NCB's Mumbai and Goa zonal director Sameer Wankhede. The officer and his team have been scanning several peddlers in the western suburbs of the city to crack the drug module.
Pratik Salunke 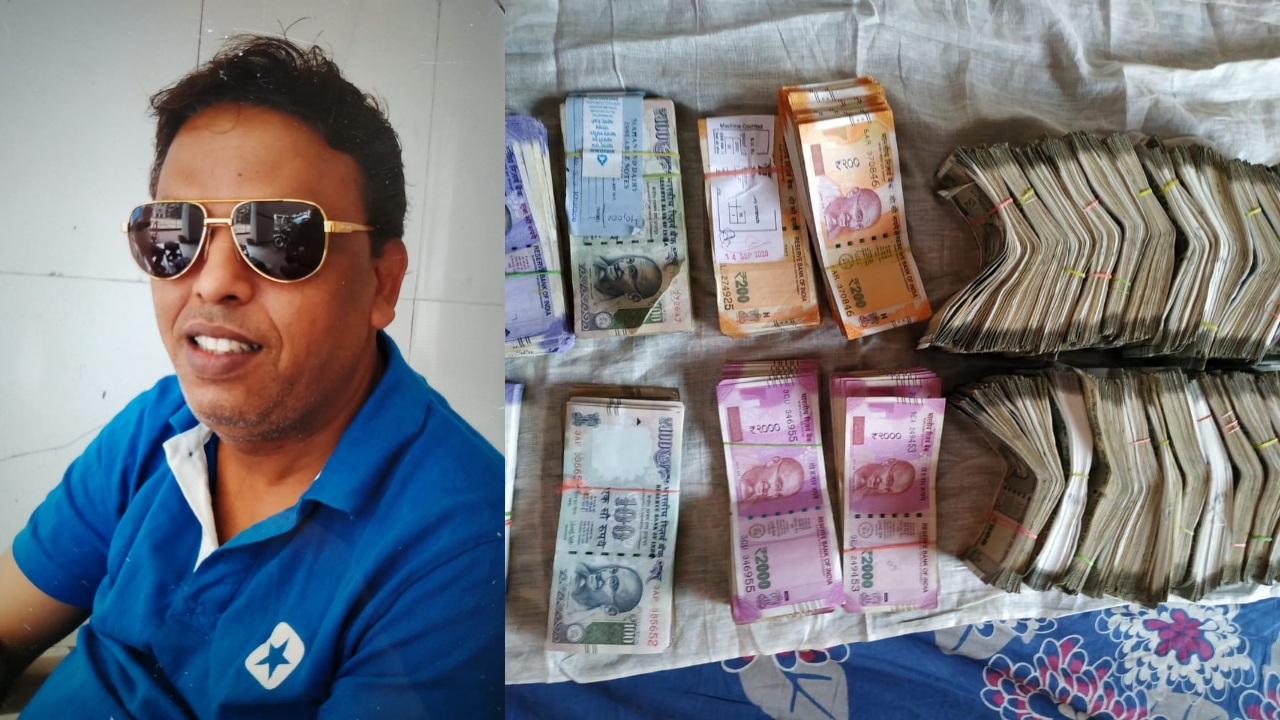 Mohammad Shaikh, who has been arrested in the case along with the seized cash and drugs | FPJ

Mumbai: The Narcotics Control Bureau (NCB) on Wednesday stated that they have managed to crack the entire chain of drug peddler network in the Sushant Singh Rajput case following arrests of two top peddlers in an operation spanning Tuesday and Wednesday.

The NCB seized drugs worth Rs 2.5 crores from the possession of the accused, the highest seizure till now in the case which has seen a total of 26 arrests till now. No other case of NCB in recent times has seen such numbers of accused arrested.

The agency on Tuesday arrested Jinendra Jain alias Regel Mahakal and on Wednesday arrested Mohammad Azam Shaikh, both in their forties. “Shaikh is the main supplier of Charas linked to this case,” the agency said in a statement.

The arrests were initiated by a team led by NCB's Mumbai and Goa zonal director Sameer Wankhede. The officer and his team have been scanning several peddlers in the western suburbs of the city to crack the drug module.

On Tuesday, NCB intercepted Jain who was wanted in the case. “Jain was named in the statement dated September 7, 2020 of accused Anuj Keshwani, a supplier of Charas (Hashish). Jain is involved in trafficking of Hashish in the Mumbai area,” the statement added.

The NCB, in September, had arrested Keshwani and Kaizan for being alleged part of the drug syndicate. Keshwani was then found in possession of 590 grams of hashish, 0.64 grams of LSD sheets and 304 grams of marijuana.

The arrest of Jain led NCB to nab Shaikh whom they have termed as the “main supplier of charas linked to this case”.

NCB recovered 5 kilograms of charas, small quantities of opium and ecstasy and Rs 13.51 lakh from Shaikh’s house in Millat Nagar at Oshiwara.

“The said seizure is a part of follow up of Rhea Chakraborty case and this is the biggest haul of drugs seized in this particular case,” the statement read.

“The charas seized in this case is’ Malana Cream’ which is the most desirable charas in the world. The said charas are grown only in Malana Region of Himachal Pradesh. The International market price of Malana Cream ranges from 40-50 lakhs per kilogram,” it added.

Shaikh procured Malana Cream from Himachal Pradesh to be supplied in Mumbai through his discreet network. The agency has claimed that Shaikh’s arrest will be a big blow to the illegal contraband network operating in the city.

Explaining the entire supply of drugs eventually reaching the late actor, a high-ranking NCB officer said, “Shaikh provided drugs to Jain who supplied them to Keshwani. Our probe revealed that Keshwani supplied drugs to Kaizan Ebrahim. It was Kaizan who provided contraband to Dipesh Sawant who was a cook working with Rajput.”

The NCB has earlier told court that actor and Rajput’s girlfriend Rhea Chakraborty “ordered Sawant to receive a delivery of 10 grams of charas from Kaizan near Mount Blanc building.”

The case hogged the media limelight as the agency cracked down on drug peddlers and questioned several Bollywood actors.

The NCB has been scanning the alleged network of several drug peddlers with high profile personalities which is seen as an extended probe in the case linked with the death of Rajput.

The agency has also kept a close watch on the drug peddling activity in areas in western suburbs such as Andheri, Khar, Bandra, Santacruz and Juhu, which is home to several Bollywood and entertainment personalities.

Investigations revealed that Jain would conduct the illegal contraband as a disk jockey while Shaikh ran a garment business, which the agency believes to be businesses done to conceal the drugs activities. Shaikh has been earlier arrested in an assault case filed by his wife.