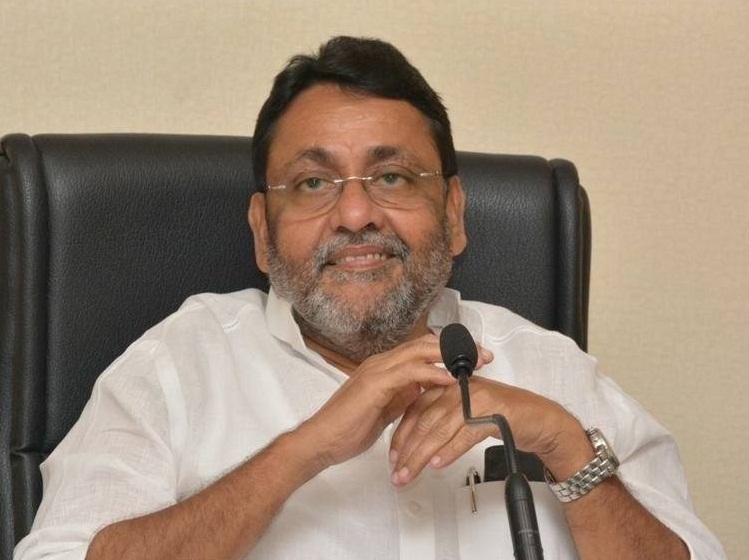 Notwithstanding the clarifications issued by the Narcotics Control Bureau (NCB) on the cruise drug seizures and arrests, NCP minister Nawab Malik, on Thursday, stepped up attack against the Central probe agency and claimed that a BJP office-bearer and a private investigator were privy to and participated in the NCB’s raid on a cruise ship off the Mumbai coast this week.

To substantiate his charge, Malik released a video of K P Gosavi, the private investigator, and Manish Bhanushali, the BJP office-bearer, leaving in a white car late on the night of the raid and walking into the Central drug agency’s office. In a tweet, Malik said, “Here is the video of Kiran P Gosavi and Manish Bhanushali entering the NCB office the same night the cruise ship was raided.” He claimed there were many discrepancies in the statements made by senior NCB officer Sameer Wankhede and alleged that the agency wanted to “frame two more people”. He also released another video.“Sameer Wankhede’s statement where he said eight to 10 people have been arrested while eight were arrested. Why was he not sure? Did they have an intention to frame two more?” he tweeted. Both Gosavi and Bhanushali were stopped by the Mumbai police while entering the NCB office on a day when the raid was conducted.On the other hand, NCP’s ally Congress also targeted NCB saying that it was surprising to see the agency claiming that action was taken following all procedures as per rule and law but there was serious violation of set of procedures in NCB handbook while arresting accused in raid on cruise. MPCC spokesman Sachin Sawant claimed NCB wanted to shove the matter under the carpet.

“Hence, action must be taken under section 59 of NDPS Act on all NCB offices involved in the raid and on one who declared that all rules were followed. The question is will action against all officers? If not then it is a clear political agenda to divert attention from Mundra seizure, defame the MVA government and Bollywood. Inquiry by MVA government will unearth entire conspiracy,” he said.