A total of 206 third genders participated in the cleanliness drive carried out at the Mini Seashore area in Vashi on Thursday morning.

Navi Mumbai city entered Best of India Records (BIR) in two categories on Thursday by forming the longest human chain with tricolour and the cleanliness drive carried out by the greatest number of third genders. The BIR examiner B B Nayak confirmed these two records were created by the corporation as part of the fortnight celebration of the Indian Swachhta League.

A total of 206 third genders participated in the cleanliness drive carried out at the Mini Seashore area in Vashi on Thursday morning. Let’s Celebrate Foundation, an NGO focused on promoting health and fitness brought all third genders to one platform for the noble cause. Richa Sameet, a senior member of Let’s Celebrate Foundation said that the purpose of the effort was to associate them with the mainstream and they feel that they are part of society.

Sobhna, one of the transgenders, said that they were hesitant initially to come. However, they enjoyed participating in making the country clean. 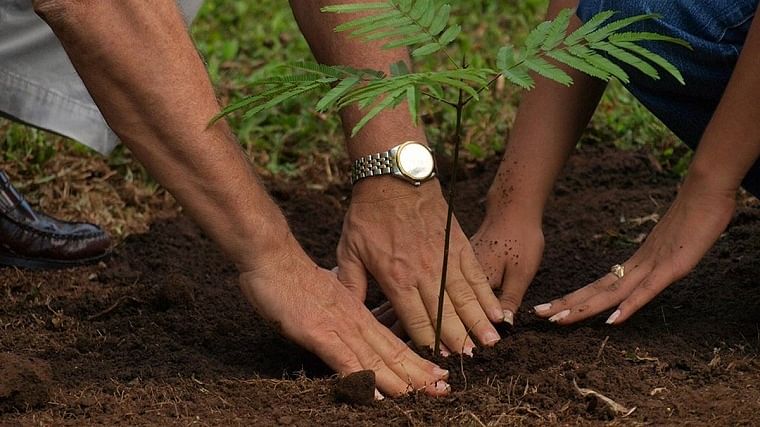 Similarly, thousands of citizens, especially youth formed a 7.5 km of human chain from the civic headquarters in Belapur to Moraj Circle in Sanpada with tricolour. The heavy rainfall did not deter the enthusiasm of citizens of Navi Mumbai and they kept holding the tricolour by forming the longest human chain. B B Nayak, an examiner of BIR confirmed that the corporation entered into BIR for forming 7.5 km of human chain with tricolour and most third genders carried out the cleanliness drive. Around 8000 citizens, mostly women from self-help groups and youth participated in the formation of the human chain.

Abhijit Bangar, the municipal commissioner said that a total of four events were organised on Thursday as part of India’s first inter-city competition led by youth toward building Garbage Free Cities. “More than 40,000 students assembled at Rajiv Gandhi Stadium in Belapur and around 12,000 joined through a large LCD screen at CIDCO exhibition centre in Vashi,” he said. He added that the civic body entered into BIR for forming the longest human chain and most third genders carried out the cleanliness drive. “The event helped to bring the fringe elements of the society into the mainstream,” said Bangar.

Read Also
Navi Mumbai: Waste segregation up by over 50% under NMMC