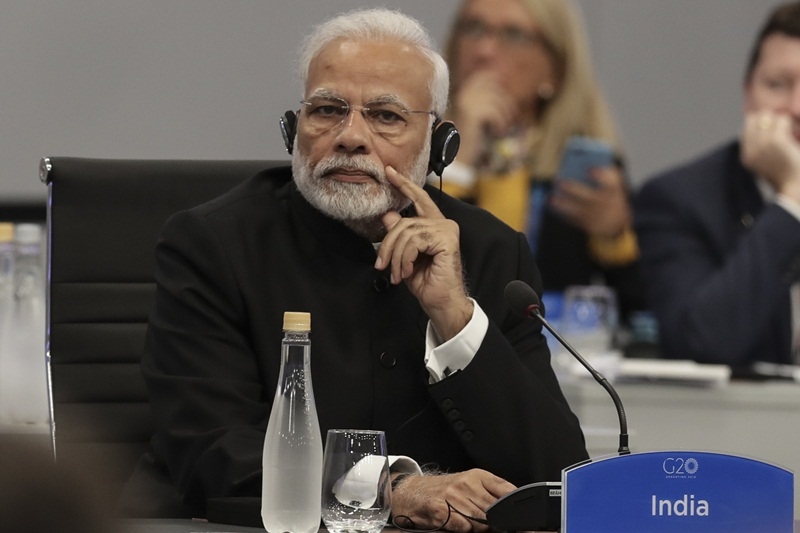 Mumbai: By advocating the bill on citizenship and the 10 per cent quota to the economically backward from the upper castes passed in Parliament, Prime Minister Narendra Modi played the appeasement card in Solapur, before the Lok Sabha polls.He assured both, the people from the north-east states and the Scheduled Tribes (STs), Scheduled Castes (SCs) and Other Backward Classes (OBCs), their rights would not be affected by these bills.

Meanwhile, according to Anil Dave, the president of the Akhil Bharatiya Brahmin Mahasangh, the new quota bill will help 32 per cent of the community from across the state to get the benefit of reservation. Addressing a huge gathering in Solapur, a city of beedi labourers in Western Maharashtra on Wednesday, Modi embarked on the LS poll campaign. The citizenship bill has already received a nod in the Lok Sabha.

The bill provides for according Indian citizenship to Hindus, Jains, Christians, Sikhs, Buddhists and Parsis from Bangladesh, Pakistan and Afghanistan after six years of residence in India instead of 12 years, which is the norm currently, even if they do not possess any document. During his address, the Prime Minister further sought to assure the people of Assam, Meghalaya and other north-eastern states that the passage of the Citizenship Amendment Bill in the Lok Sabha would not affect their rights or their opportunities.

“I want to reassure the people of Assam and the north-eastern states that their rights will not be curtailed by this Citizenship Amendment Bill,” said. The bill seeks to provide Indian citizenship to non-Muslims from Bangladesh, Pakistan and Afghanistan. “On Tuesday night, the Lok Sabha witnessed a historic event as it passed the 10 per cent general category quota bill.

Some people from opposition were spreading false propaganda against us, but the passage of the bill is a slap on their face.” Unlike other political parties which only indulged in vote bank politics by guaranteeing benefits only to some sections of society, the Bharatiya Janata Party (BJP) believes in providing equal opportunities for every caste and community,” Modi said.

After 50 years, a day will come, when caste-based reservation will over,” he claimed.  He added, “Upper castes, including Brahmins, are eight per cent. Jains, Patels, Patidars and Kshatriyas will be beneficiaries and they are 32 per cent of the population. Now, no political party will dare ignore us. All classes whose annual income is below Rs 8 lakh will be covered under the new quota and hence, very few, say four per cent, remain outside the quota” .