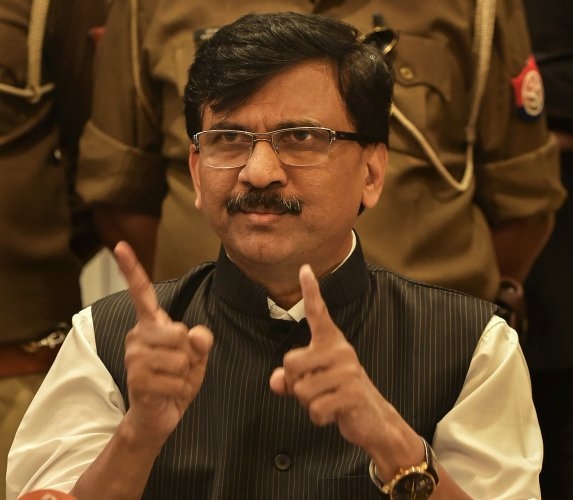 Addressing the party workers in Nashik, Raut hit back at Rane over the latter's statement that he will "dig out" "old cases" saying the Sena has the "Kundli" (a record) of Rane, a former Shiv Sainik, and can open a "sandook" (box).

Rane was arrested and released on bail on Tuesday late at night over his "would have slapped" comments against Maharashtra Chief Minister and Shiv Sena president Uddhav Thackeray.

One of the FIRs against Rane was registered in Nashik.

"Besides Rane, other (newly-inducted) Union ministers from Maharashtra- Bharti Pawar, Kapil Patil, Bhagwat Karad are also touring various areas as part of the 'Jan Ashirvad Yatra'. But instead of following PM Modi's directives to propagate the work of the Central government, Rane has been targetting the Sena, Uddhav Thackeray and the MVA government. Rane and his present party, the BJP, will have to introspect. The BJP will soon realise its mistake (of inducting Rane). It is already on backfoot due to Rane's attitude of revenge and ego which will bring the BJP down," he said.

Referring to Rane's threat of digging out old cases, Raut asked, "Don't we have his 'Kundli'. Be prepared when we open our 'sandook' (box)".

Raut also spoke about the one-on-one meeting between Leader of Opposition Devendra Fadnavis and Thackeray, saying the CM must have told Fadnavis what he needed to do.

"We have political differences with BJP. If BJP wants to shoot us over Rane's shoulders, we are ready. We had differences with (NCP chief) Sharad Pawar also but today we are together," he said.

Besides the Sena, the NCP and the Congress are the two other constituents of the Maha Vikas Aghadi (MVA) government.