Nagar panchayat elections: BJP has been rejected by the people, says Nawab Malik

Maharashtra minister Nawab Malik on Wednesday claimed that the BJP has been rejected by the people.

His remarks came after the Mahavikas Aghadi won 80 per cent seats in the Nagar Panchayat elections.

"In the Nagar Panchayat elections held in the state, the tendency of the people is seen in favor of NCP and Shiv Sena," Malik said.

He also said that in some places the NCP has fought on its own, in some with the Sena and in others, the three parties have fought on their own.

Malik added that if one looks closely, it is clear from today's results that people are accepting NCP.

NCP's state president and water resources Minister Jayant Patil also said that the results of Nagar Panchayat elections in the state today are in favor of NCP and they have become the number one party in the state.

Patil also thanked all the voters in the state for voting for the NCP.

The Supreme Court on December 6 stayed till further orders the local body elections in Maharashtra on seats reserved for the OBCs. The apex court later directed the State Election Commission (SEC) to notify 27 per cent of seats in the local bodies, which were reserved for the Other Backward Classes (OBCs), as a general category so that the poll process can be taken forward.

In Nanded's Naygaon nagar panchayat, Congress has won all 17 seats. The BJP won three and 14 seats in Nanded and Latur, respectively, an official said.

In Nanded, voting was held for 51 seats in three nagar pancyats of Mahur, Ardhapur and Naygaon

Of these seats, Congress bagged 33 seats.

After winning all 17 seats in Naygaon nagar panchayat and ten out of 17 seats in Ardhapur, Congress secured an absolute majority.

The BJP won two seats in Ardhapur, the official said.

In Mahur nagar panchayat, out of 17 seats, six are bagged by Congress, seven by the NCP and three by Shiv Sena. The BJP won one seat, he added.

In Latur, voting took place for 68 seats in four nagar panchayats (17 seats each). 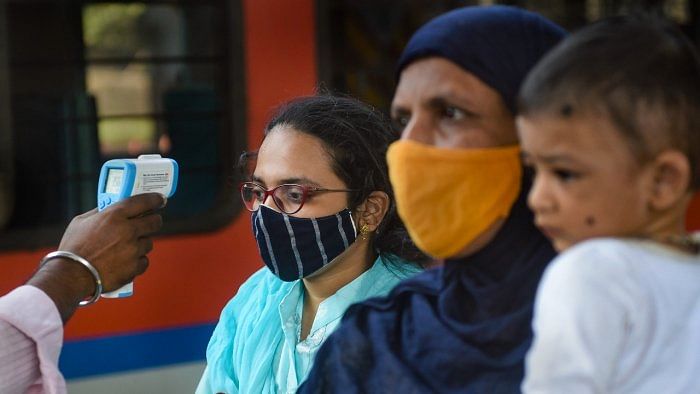