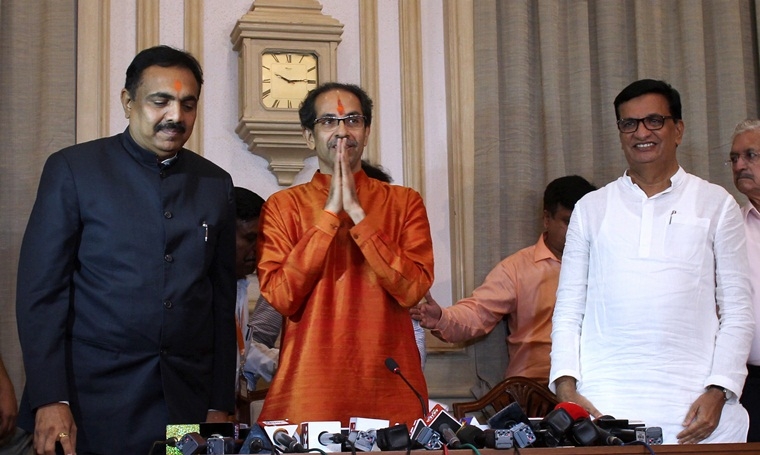 Even though the Maha Vikas Aghadi continued its victory march after the poll results in Ratnagiri and Jalgaon, the election to the Satara District Cooperative Bank was marred by stone pelting and slogan-shouting against the Nationalist Congress Party leaders by its own rank and file at the party office after senior leader and party legislator Shashikant Shinde lost by one vote against the party rebel and nearest rival Dnyandeo Ranjane.

Shinde apologised for the incident while accepting his defeat but hinted that he will in due course of time expose who were involved in engineering his defeat. Besides, the Shiv Sena leader and minister of state for home Shambhuraj Desai also faced defeat. Despite these shocking results, the MVA has won 17 of the total 21 and the BJP has to satisfy on paltry four seats. Satara has been the NCP’s bastion but with Shiv Sena and Congress together the three parties have foiled BJP’s plan to win power in the Satara District Central Cooperative Bank.

Shinde said he is a loyal worker of the Nationalist Congress Party (NCP) and its chief Sharad Pawar. "I was defeated in the election by one vote but this should be accepted. For me, NCP, Sharad Pawar, and Ajit Pawar are everything. There was a conspiracy behind my defeat and it will be exposed in the coming days. At the same time, I was a bit lax during the polls which cost me dearly," he noted. He appealed to his supporters to exercise restraint.

"I apologised to Pawar saheb, Ajit Pawar, Jayant Pawar, and Supriya Sule (Baramati MP and the Pawar senior's daughter) on behalf of my supporters. They (supporters) might have reacted out of an emotional outburst (due to my defeat)," he said.

When asked who was responsible for his defeat, Shinde said he would talk about it later.

However, Maha Vikas Aghadi scored yet another big win in the election to the Sangli District Central Cooperative Bank where three parties had floated a panel to fight against BJP. Of the 21 seats, NCP bagged a record 9 seats, Congress 5, Shiv Sena 3 and BJP 4. Interestingly some of the disgruntled elements from BJP supported MVA candidates to win the election.