Mumnbai: Indian Coast Guard to add 50 vessels to its fleet in 4 years 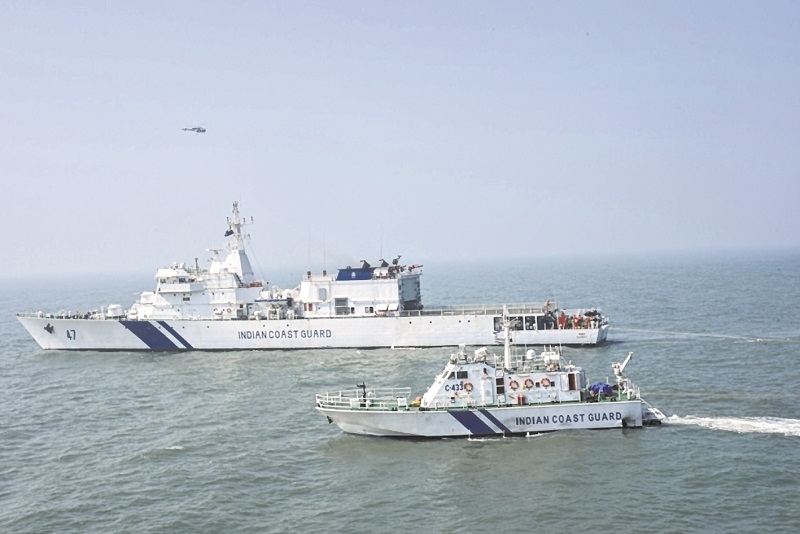 Mumbai: The Indian Coast Guard (ICG) will acquire 50 new vessels and around 40 aircraft in the next four years, a top official said on Wednesday. K Natarajan, Additional Director General and Coast Guard Commander Western Sea Board, said with this addition, the force will have 200 platforms (boats and ships) by 2022.

Natarajan was speaking to reporters at the seventh joint national-level Pollution Response Exercise here. In 2008, we had some 60 platforms, and today we have more than 150 platforms — ships and boats — and all are operational,” he said.By 2022, we will be having 200 platforms. The number of aircraft will also be increased from 62 to 100 in the same period,” he said.

The highlight of the exercise was participation of ICG Pollution Control Vessel ICGS Samudra Pavak and involvement of other agencies such as the Mumbai Port Trust, ONGC and the Shipping Corporation of India. The Indian Coast Guard is the central coordinating authority for dealing with marine oil spills.

Eleven ICG ships and an ICG Dornier maritime econnaissance aircraft and a Chetak helicopter participated in this mega exercise along with vessels of other agencies. The Gulf of Kutch is the main route for our oil trade. More than 70 per cent of our oil transits through this area and our energy needs are met.

Areas such as Jamnagar, Vadinar, Mundra and Kandla are largely in use for oil tanker movement. Hence, international-level capacity development for containing oil pollution in the sea is needed,” Natarajan said.