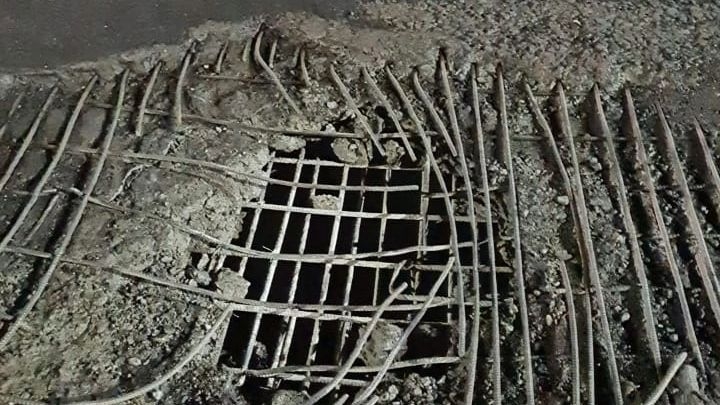 Thane: After a four-five feet deep crater was formed on the road on Mumbra bypass road in the wee hours of Thursday, the Thane traffic police closed down the traffic for heavy vehicles on Mumbra bypass towards Thane lane.

The Mumbra traffic police reached the spot and as a precautionary measure temporary barricading was done on the single lane on Mumbra bypass towards Shil-phata-Thane road. | FPJ

The police said the incident took place on Thursday early morning when a 4 by 4-feet deep crater was formed in the middle of the road. "The complete concrete material fell down leaving the iron road to stay. It was on the Mumbra bypass road towards Thane lane in front of Gurunath Patil bungalow, Rana Nagar, Mumbra. An alert citizen informed the control room, who then informed the Mumbra police and traffic unit to take precautionary measures," said an official from the Mumbra police station.

Dilip Patil, senior police inspector, Mumbra traffic police station confirmed that barricades have been installed on the road towards Thane. "We have also stationed police constables for easy movement of traffic on the stretch. Only small vehicles like cars are allowed on the road. We have diverted the heavy vehicle traffic towards Mahape road to avoid any mishap. We have informed the PWD who will further inspect and carry out the repair work," added Patil.

The Mumbra traffic police reached the spot and as a precautionary measure temporary barricading was done on the single lane on Mumbra bypass towards Shil-phata-Thane road. The police have informed the Public work department who will visit the site and after inspection will carry out the repair work. "Due to heavy downpour potholes and accidents on the road is a frequent issue. After continuous rain in the past few days the incident happened, alerting the authorities to repair at the earliest and make it safe to travel," said a police officer. 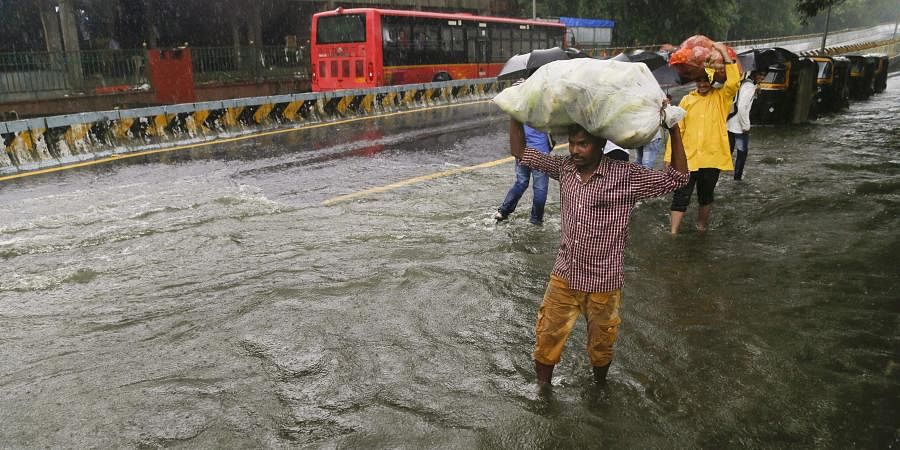