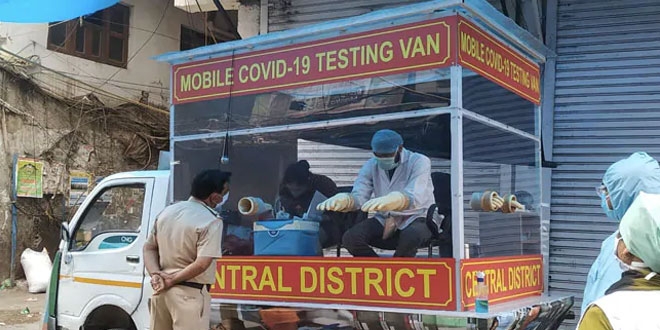 To increase the numbers of Covid-19 testing, the G North ward has deployed mobile vans which will visit residential areas of Dadar, Mahim and Dharavi and conduct COVID testing camps.

There are 11 BMC operated testing camps where Mumbaikars can undergo a COVID19 test for free. Alongside this, civic health officials of the ward are conducting daily COVID-19 testing camps at the market areas, industrial estates and other public areas.

Total 686 active cases were reported from the entire G north ward in November, of which only 145 cases are reported from Dharavi while the residential areas of Mahim and Dadar have reported 296 and 244 cases each. Assistant Municipal Commissioner and ward officer, Kiran Dighavkar stated, conducted rapid number of tests had helped the ward officials to contain the spread in Dharavi, and now that most of the cases are being reported from residential buildings, the same approach needs to be followed in the different parts of the ward as well.

"Public places and various sectors of the economy have started to open up, which is why we have increased the number of tests being conducted each day" Dighavkar had told FPJ.

He also mentioned that marshals are being instructed to carry out strict disciplinary action against those seen without masks at public places.

Another senior civic health official of this ward stated that deployment of these vans will help the BMC to reach out to more people at a given time.

"We have implemented the Dharavi model across the whole G North ward and now we have deployed these vans for which we would be able to reach out to more people, like how we used to do COVID19 tests when the pandemic was at its peak during April-May" the official told FPJ.

The official also maintained that during the 'My Family My Responsibility' campaign the BMC was able to draw a clear picture of the health condition of those living in the ward.