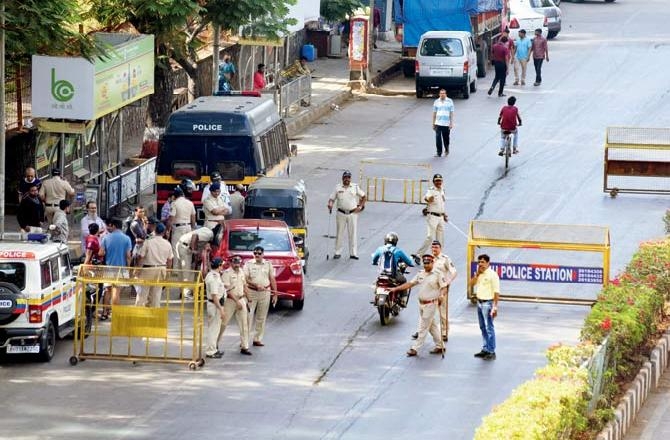 In a vigorous crackdown on e-challan defaulters, the Mumbai Traffic Police will now report those who refuse to clear the pending fines to the Regional Transport Office (RTO), which could result in the violator losing their driver's license. The renewed crackdown is made in a bid to generate revenue for the state government as the e-challan defaulters' amount goes as high as ₹280 crore, said an official.

"If any motorist is found with pending e-challans, they are asked to pay it immediately and clear the dues via an electronic mode of payment by debit/credit card to avoid corruption. In case the motorist/violator refuses to pay up, their vehicle could be seized and they will be reported to the RTO for further inquiries. The RTO will then be asked to cancel their license for non-payment of e-challans," said a senior traffic police official.

A traffic police officer said that most of the defaulters of e-challan are owners of private vehicles, wherein a considerable chunk belongs to violations like jumping signals and speeding. "Personnel have been given standing instructions to check private vehicles for their e-challan backlog and make a good recovery," said the officer.

Even before the lockdown due to the Novel Coronavirus pandemic was put in place, the pending e-challans amounted to as much as over ₹200 crore. After lockdown which imposed travel and movement restrictions, however, the crackdown on e-challan recovery further went away, causing a major backlog. Recently, police began a stringent crackdown as a part of 'Operation All Out' wherein vehicles are stopped for random checks, and their e-challan history is inspected on the spot.

The e-challan system introduced in the city three years ago had bid adieu to the manual clamp down on traffic violators and were sent an e-challan instead on their registered mobile number. As the e-challan amounts kept on increasing, only one-third of the violators ended up paying the fines, while the others just ignored it. In a desperate bid to recover the pending e-challans, the Mumbai Traffic Police had used different methods like using the postal service or collecting fines during random checks, only to fall back on the manual crackdown.