Mumbaikars to wait for ‘Prabhu Kripa’ 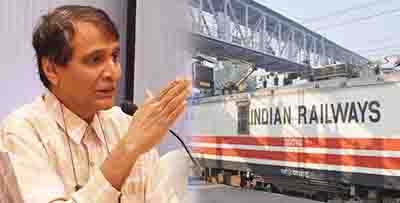 Mumbai : Over 40 lakh Central Railway (CR) commuters will have to wait for ‘Prabhu Kripa’ for faster and better local trains, according to General Manager of CR SK Sood.

During a press conference on Friday, Sood blamed the delay in DC-AC conversion on the tight schedule of Railway Minister Suresh Prabhu stating that the conversion work which was to be held on May 30 had to be delayed as the Minister cannot come to the city due to another political function which he is expected to attend in Kolhapur.

Sood said, “on May 30, Prabhuji is not available. Had he been there we would be able to complete the work. These things are VIP driven and he has some other programmes to attend in Kolhapur due to which he cannot come.”

This comes at a time when CR is racing against time to get the conversion work completed before the monsoon hits the city. “We also have a lot of work to be completed and a last inspection which has to be completed by CRS and will be mostly done by Tuesday. I am praying that the monsoon get delayed so that we can complete the work,” he further added.

If the conversion coincides with the monsoon which seems to be the case, commuters will have a tough time as the officials are estimating that the new system will require some time to settle down and might result in disruption.

A senior official from CR said, “There are disruption during the monsoon and we are expecting some disruptions after the switch over to AC as well. Any new system which is being installed for the first time will have some problems which will results in disruptions.”

CR is the only division on Indian Railway (IR) to still have trains running on Direct Current. CR is still operating trains with 345 coaches which have passed 25 years of their life and are in a dire need to be replaced. After the conversion, these old trains will be scrapped and better coaches from WR will be operated on CR.