HomeMumbaiMumbai: Woman, paramour held for killing her husband in Thane

Mumbai: Woman, paramour held for killing her husband in Thane

A 22-year-old woman along with her boyfriend and one more person was arrested for allegedly killing her husband, a 30-year-old man in Dombivali. The Kalyan crime branch unit of Thane police arrested the three after investigations revealed that they had killing and dumped the man’s body near Neral in Raigad district.

The police said the deceased was identified as Pravin Dhanraj Patil, a resident of Dombivali. On June 4, Patil's relative registered his missing complaint at Manpada police station in Dombivali. Accordingly, the Manpada police and Kalyan crime branch unit started investigations to trace him.

The crime branch sleuths carried out the call data record of the deceased’s wife Laxmi and other relatives. The team found Laxmi was in frequent touch with Arvind alias Mari Ravindra Ram, 20, and Sunnykumar Ramanand Sagar, 19. "We called Laxmi for interrogation and questioned her whereabouts on June 1 and June 2, 2021. She claimed to be in Vajreshwari temple. As she gave a false statement we then called up Arvind and Sunny for interrogation. During the investigation it came to light that Laxmi and Arvind were in an illicit relationship. Patil, being doubtful about laxmi's relationship, used to harass her," said a police officer.

The police said Laxmi was getting irritated with the regular taunts from husband. On June 2, she called Arvind and Sunny at her house. "The trio assaulted Pravin with hands and iron rod and later strangled him to death. Later, they decided to decompose the dead body. So they rolled Pravin's body in a plastic mat and put in the auto-rickshaw. While Laxmi was driving the auto-rickshaw the two were holding the dead body. They took it to Shelu village, Badlapur-Karjat road in the jurisdiction of Neral police station in Raigad district and dumped the dead body," said a police officer and accordingly an accidental death report was registered at Neral police station in Raigad.

Sanju John, senior police inspector, Kalyan crime branch who detected the case along with his team said all the three accused including the woman are auto-rickshaw drivers. "We have arrested the three on Thursday and after producing them in court they have been remanded in police custody till June 24."

A case was registered at Manpada police station under section 302 (punishment for murder) 201 (causing disappearance of evidencevof offence, or giving false information to screen offender) and 34 (common intention) of the Indian penal code. 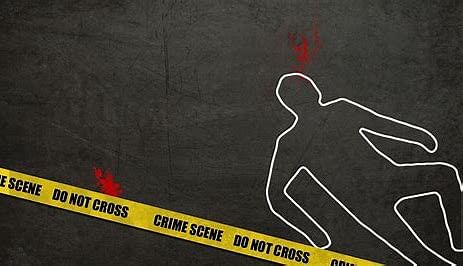