HomeMumbaiMumbai: Western Railway observes 'Swachhta Pakhwada' at all its divisions

Mumbai: Western Railway observes 'Swachhta Pakhwada' at all its divisions

Western Railway officials have kicked off the Swachhata Pakhwada in Mumbai. |

The 'Swachchta Pakhwada' from September 16–30 and October 2 is an opportunity for railways to showcase their efforts in trying to maintain cleanliness of the highest order in trains, stations, surrounding areas, railway colonies, schools, and railway hospitals. 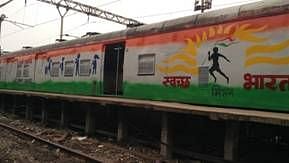 In accordance with the Hon'ble Prime Minister's clarion call of 'Swachh Bharat Mission', 'Swachhta Pakhwada' is being observed throughout Indian Railways from September 16-30 and on October 2.

The Pakhwada will culminate with 'Swachhata Shramdaan' on October 02, commemorating the birth anniversary of Mahatma Gandhi. The first day of this campaign was initiated with the administering of the 'Swachhata Shapath' by GM Prakash Butani to all Principal Heads of Departments and other officers of Western Railway Headquarters.

Announcements and jingles are being played through PA systems and digital screens on stations and trains. Similarly, the pledge was also administered in all divisions of Western Railway by the respective divisional railway managers and at railway workshops by the chief workshop managers, with active participation by all officers and staff.