The Indian Meteorological Department (IMD) on Tuesday issued a severe weather warning for the next five days. The IMD predicted heavy to very heavy rainfall in Mumbai from June 8 to June 12.

Heavy rain is expected to continue in isolated parts of the city till Friday and very heavy rain is seen on Saturday, the weather department said.

Meanwhile, Shubhangi Bhute, director of the Regional Meteorological Centre Mumbai, said that a red alert has been issued for Mumbai. The IMD also issued severe weather warnings for next five days for Konkan region.

The south-west monsoon arrived in Mumbai and its neighbouring areas on Wednesday, the IMD announced as heavy rains lashed the country's financial capital and suburbs since early morning.

Local train services from Mumbai's Chhatrapati Shivaji MaharajTerminus (CSMT) to neighbouring Thane and Vashi in Navi Mumbai were suspended due to water-logging on some railway tracks.

Even, routes of some BEST buses run the city civic body's transport wing were also diverted.

A high tide of over four metres is expected around noon in the Arabian Sea, the Brihanmumbai Municipal Corporation (BMC) said.

Several parts of the city and suburbs witnessed heavy rainfall along with thunder in the morning.

The IMD has predicted cloudy sky with moderate rain/ thundershowers in the city and suburbs. There is also a possibility of heavy to very heavy rainfall at isolated places. 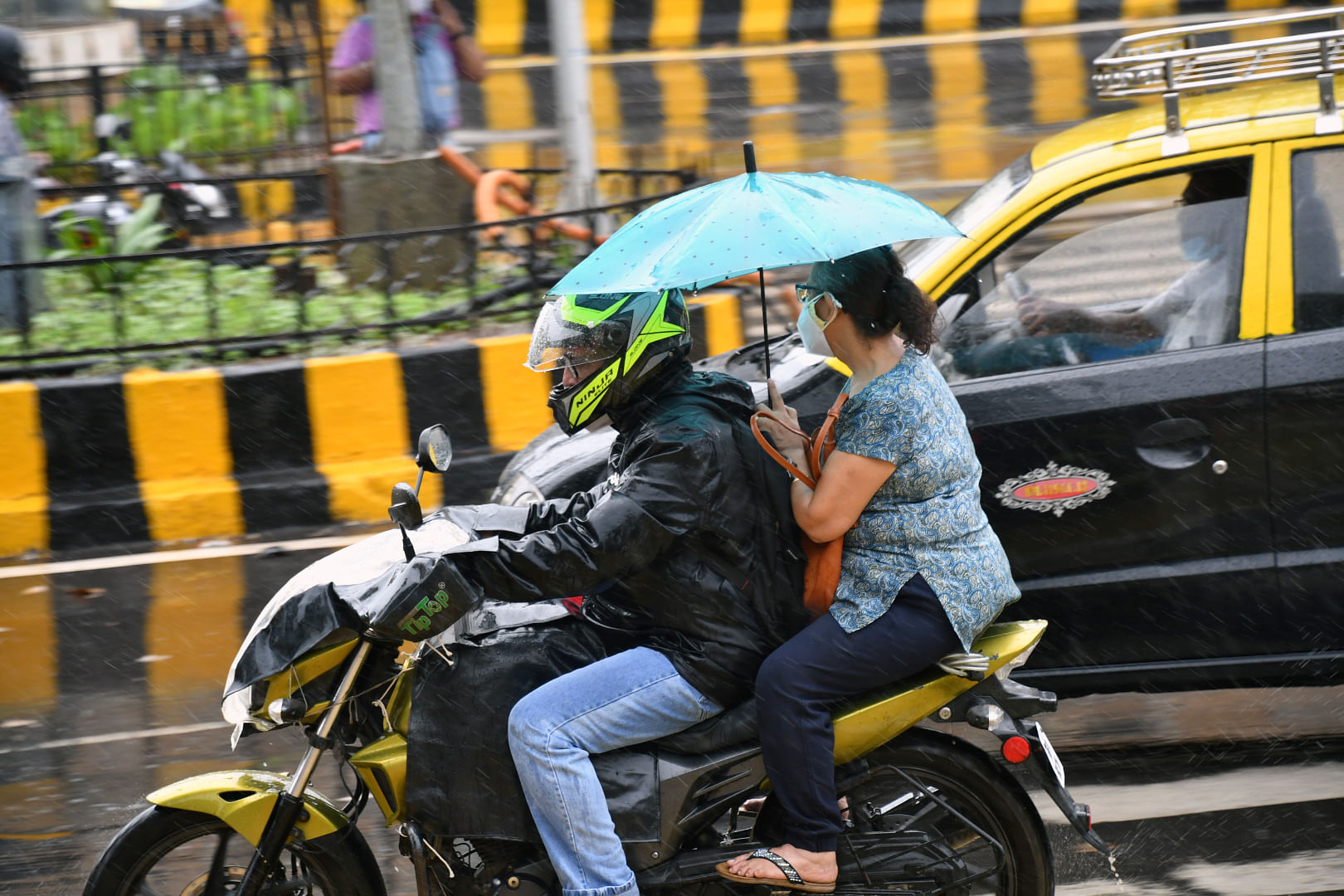