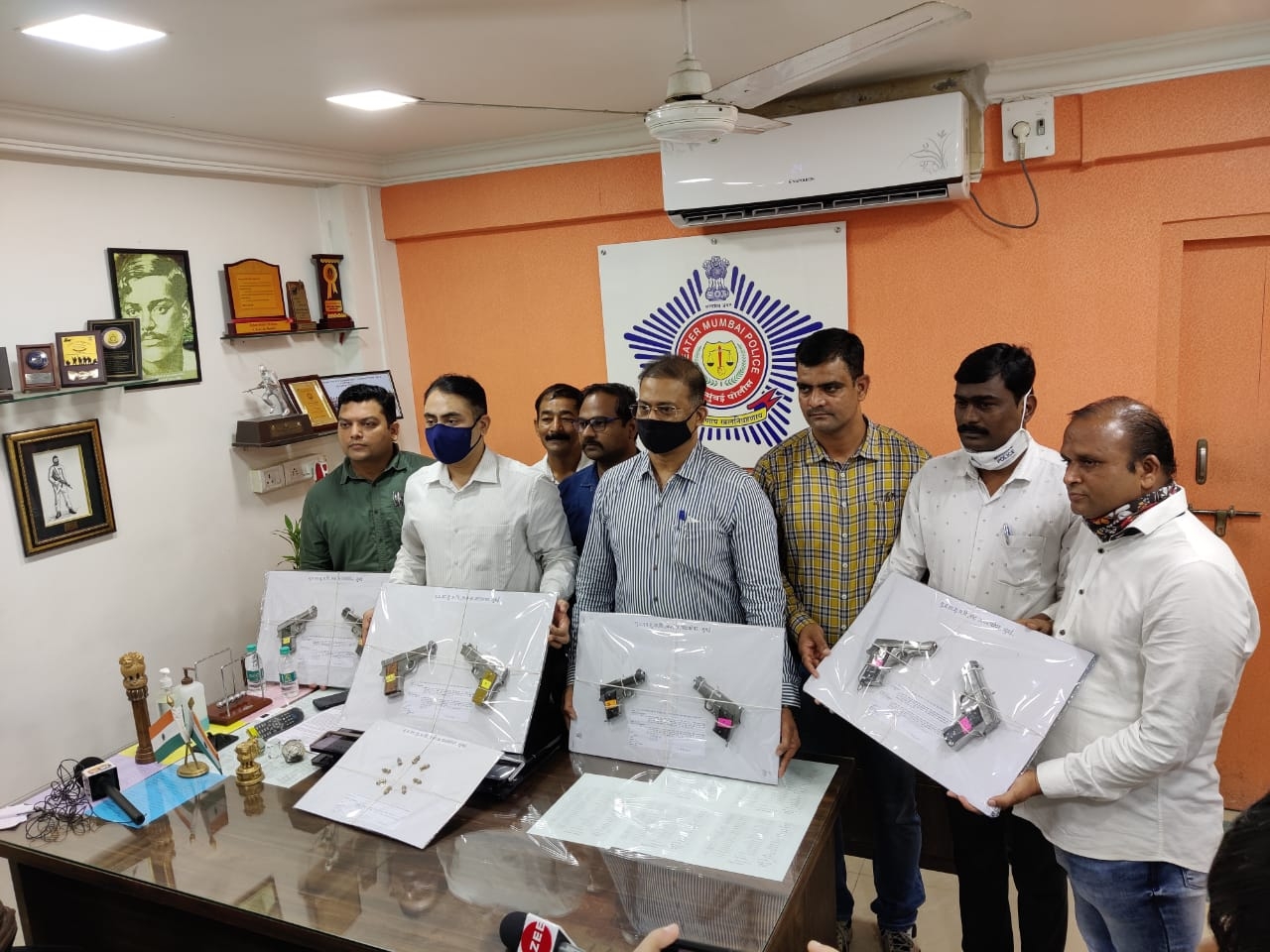 Mumbai: The city crime branch seized eight country-made pistols and live cartridges from two persons they arrested on Tuesday. The accused hails from Madhya Pradesh (MP) and came to sell the firearms when they were nabbed by officials of crime branch unit 7.

According to the officials, senior inspector Manish Shridhankar of the crime branch unit 7 received a specific information that few people were entering the city for weapons delivery. Accordingly, they laid a trap and apprehended the two Yasin Ramjan Khan, 20, and Ajgar Azam Khan from Eastern Express Way at Vikhroli on Tuesday afternoon, during their search eight country made pistols along with eight live rounds worth ₹ 2.4 lakh were seized.

A police team is likely to visit the Khargone district to nab the illegal weapons manufacturers, said an official.