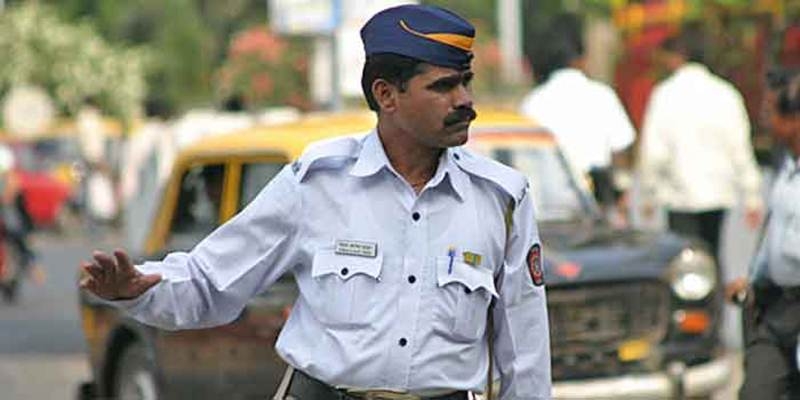 Mumbai: In a crackdown on errant scooterists of food delivery applications, Mumbai Traffic Police began penalising them for violating traffic rules from Tuesday. On day one itself, traffic police booked 174 riders of food delivery apps for jumping signals, speeding and driving without helmets. Moreover, police asked the Regional Transport Office (RTO) to cancel the licence of repeat offenders.

After an alarming number of complaints on social media as well as reported by traffic police and alert citizens against the delivery boys of the app-based food delivery platforms, the Mumbai traffic police swung into action and began penalising them with fines and challans.

Before taking action against the errant delivery boys, the traffic police held a meeting with the delivery companies, asking them to instruct their delivery boys to abide by traffic rules or face consequences in the form of fines.

In the crackdown across the city on Tuesday, traffic police penalised as many as 174 errant riders. The scooterists were booked under relevant sections of the IPC and the Motor Vehicles Act for illegal parking, riding without helmets, jumping signals, speeding, rash driving, driving in the no-entry zone among others.

Amitesh Kumar, the Joint Commissioner of Police (Traffic), said, “Action was long overdue after we received complaints of delivery boys riding on the footpaths to deliver the food within the deadline. Traffic police have already asked the food delivery companies to set a realistic deadline and not violate the laws to keep their unrealistic promises.”

Furthermore, the police asked the food delivery apps not to hire these habitual traffic offenders or agents involved in other violations, so the menace was brought under control. Representatives of food apps were asked to educate their delivery agents on traffic rules and conduct regular counselling and training sessions for them.

Moreover, police have also asked the owners to disconnect the apps of the riders who are habitual offenders and have e-challans served to them. A senior traffic police officer said the licences of the habitual offenders, who are caught violating traffic rules, will be cancelled.