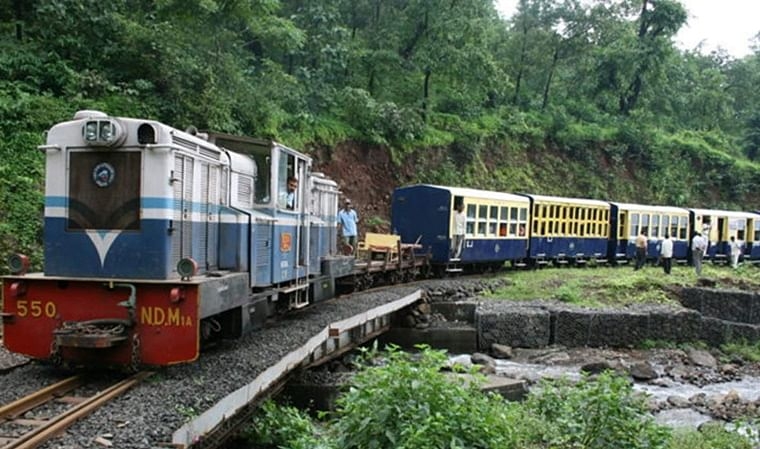 Now, UNESCO has accepted the application and CR officials will make a presentation to showcase the cultural and heritage value of this narrow gauge line that operates toy trains.

An official said that the CR had written a letter requesting UNESCO to consider Matheran Light Railway for the prize. The winner is likely to get $30,000, a certificate and recognition. “They had sought for more details, which are being sent. We are operating the toy train on the Aman Lodge-Matheran stretch, while the remaining portion is undergoing necessary improvement works,” the official said.

Sources in the CR said the presentation will include photos of cultural activities, local traditions, wildlife and rare species of Matheran, details of flora and fauna at the hill station, along with how the rail impacts the daily life, business and livelihood of the locals. This mini toy train is the centre of attraction for tourists visiting Matheran. The CR had equipped the train with a Vistadom coach to attract tourists.

This iconic toy train route has connected Mumbai to its closest hill station, Matheran, since 1907. It is operational on the Aman Lodge-Matheran stretch out of the entire Neral-Matheran route from 2019.

Last year’s torrential rains had led to washing away of train tracks at 21 locations on this entire route. The CR had managed to rectify technical failures and restart the services. However, earlier this July, the 114-year old Neral-Matheran stretch again received 331.40mm of rainfall. The Aman Lodge-Matheran stretch is luckily intact and operational.

The stretch runs four services on the 2-km stretch which takes 18 minutes one way. The entire 21-km stretch has 227 curves, including the sharpest curvature of 127 degrees.

The UNESCO-Greece Melina Mercouri International Prize for Safeguarding and Management of Cultural Landscapes, established in 1995, is an award to outstanding examples of actions to safeguard and enhance the world’s cultural landscapes, a category of World Heritage.